Due to this year’s pandemic, the sixth edition of the John Moores Painting Prize (China) has faced unprecedented challenges; nevertheless, the competition and exhibition planning have been largely a success. In the words of curator Ding Yi: “This year’s John Moores Painting Prize (China) Exhibition will display a more diversified artistic language, and in the works you will find a parallel relationship between observation and expression that is very effective. The artists are observing the world from their own unique perspectives, and have demonstrated the vast possibilities of painting as well as their exploration of the medium and techniques.”

This year will mark the fourth occasion that the Shanghai Minsheng Art Museum and the John Moores Painting Prize (China) have cooperated together. “The cooperation between the Shanghai Minsheng Art Museum and the John Moores Liverpool Exhibition Trust represents our shared dedication towards the sustained development and vitality of Chinese contemporary art. In today’s world, where the medium of painting is constantly being molded by new artmaking methods and theories, it is of utmost importance to re-evaluate painting as an art form. I hope that through our cooperation, we will be able to forge a path that will be beneficial to Chinese contemporary art, as well as build a platform for the international art exchange between China and the United Kingdom,” commented Gan Zhiyi, director of the Shanghai Minsheng Art Museum.

The John Moores Painting Prize is a painting competition that was established in 1957 in the United Kingdom. During the competition, anonymous artworks are appraised by a jury committee, with the members of the committee changing for each edition of the competition, so as to guarantee fairness, integrity and openness in accordance with the contest’s mission. The John Moores Painting Prize saw its first contest in China in 2010. Since then, the competition has been held in China every two years, with a total of five editions organized up to the present day, and has featured talented and aspiring young artists.

Ding Yi (b. 1962) was born and currently resides in Shanghai. He graduated from Shanghai Arts & Crafts Institute in 1983 and graduated from Shanghai University with B.F.A. in 1990. The practice of Ding Yi encompasses painting, sculpture, spatial installation and architecture. He works primarily with “+” and its variant “x” as formal visual signals, above and against the political and social allegories typical of painting in China. He chose this sign in the second half of the 80s as a synonym of structure, rationality and of a pictorial expressiveness that reflects the essence of things.

The simplicity of compositional structure contrasts with the use of a wide variety of materials and of colors that range from almost monochrome tones to the very bright and fluorescent. For the artist these are a record on canvas of the excesses, noise, chaos and confusion but also the stimuli and styles of the city of Shanghai, with which his work is inextricably bound up.

ONSITE & RELATED
Until the Light Takes Us, 200cm x 210cm, acrylic on canvas 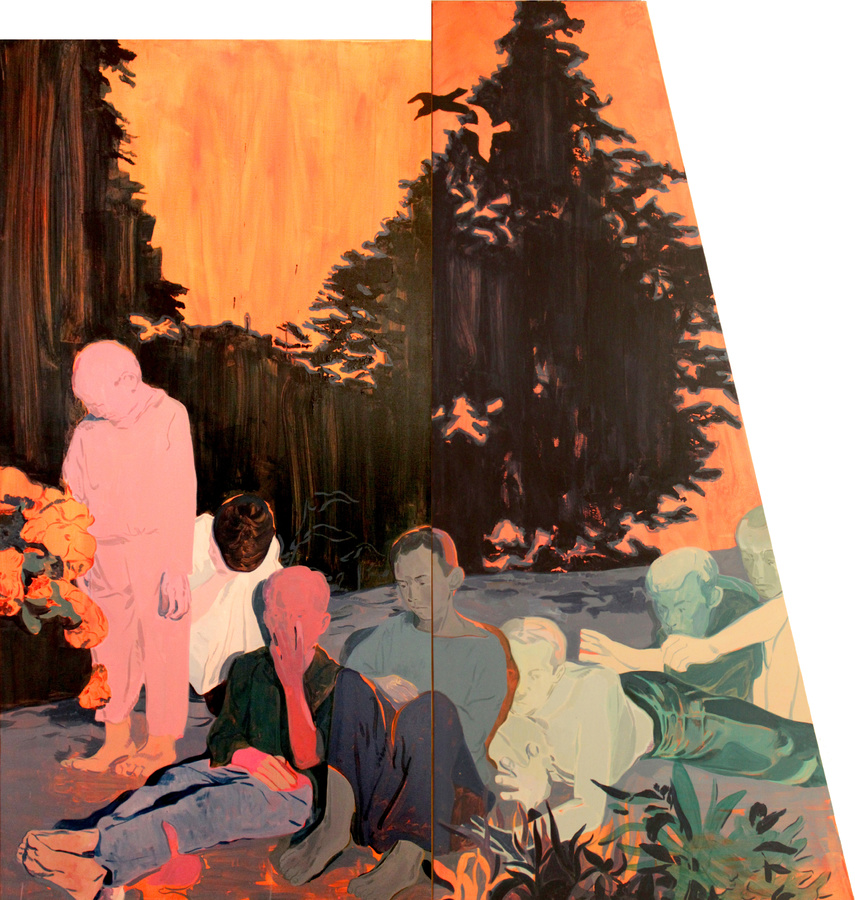 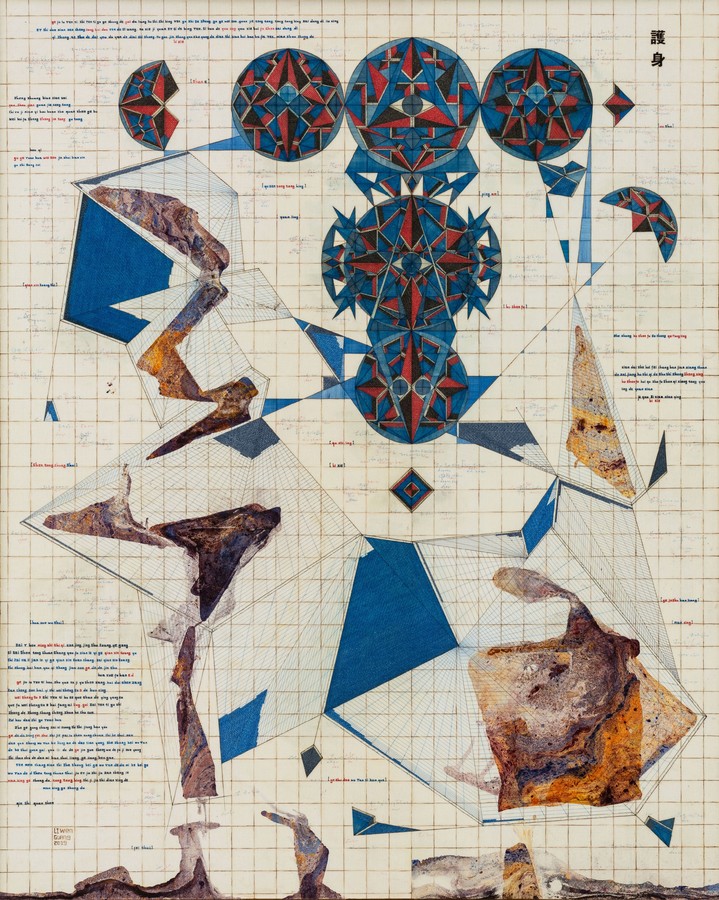