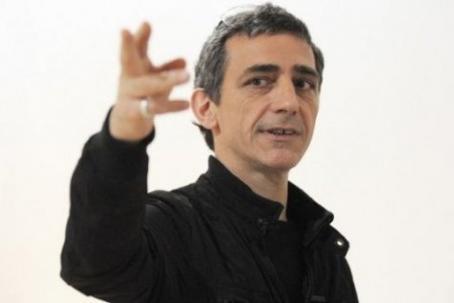 The fourth floor of the art museum is filled with brume. Visitors are guided through the brume by the looming drone and constantly meet with the image flux like in a dream. These images come from the other works that visitors will visit next and the other audiences who entered the exhibition earlier. 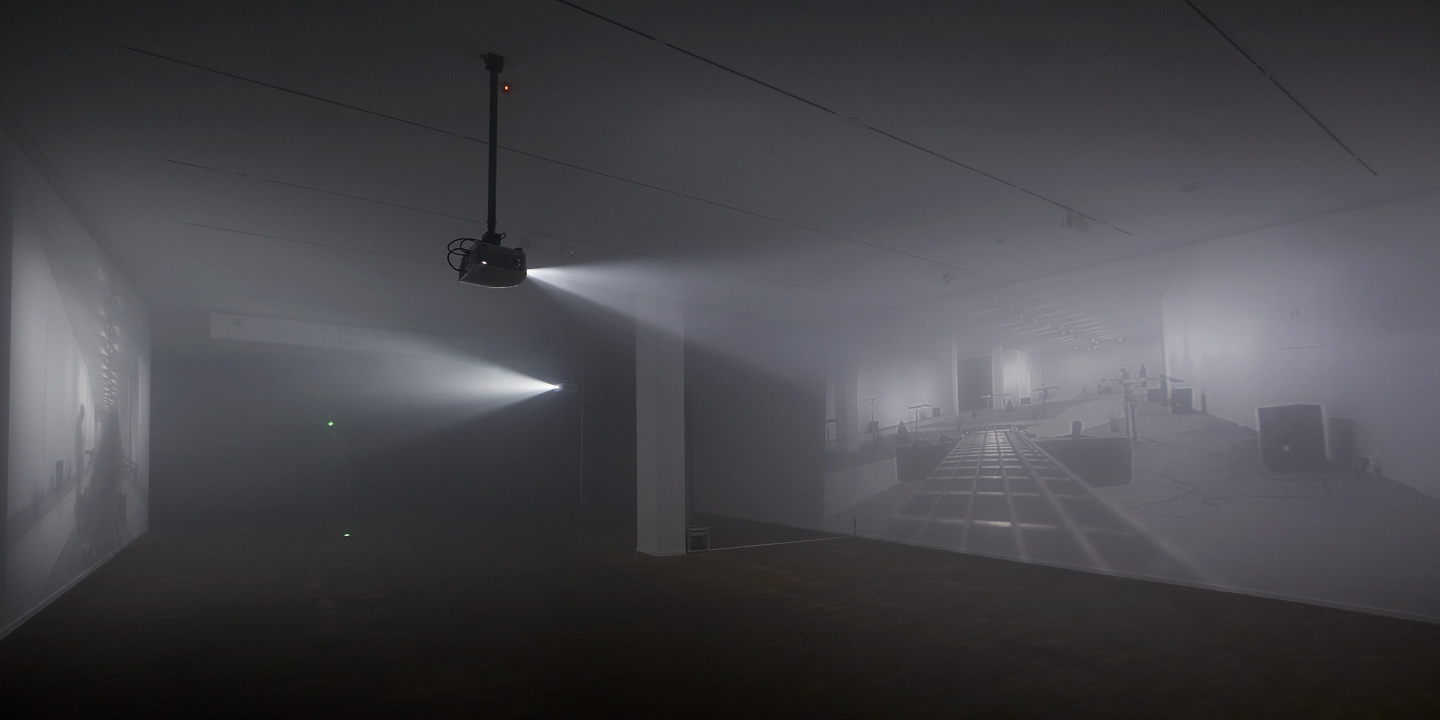 In this new version of clinamen, two hundred white porcelain bowls of varying sizes float in the pool where the flow of water is controlled. The water waves carry the bowls. When different bowls meet, collide, separate, the sound reverberates in the entire central hall and the audience's ears. 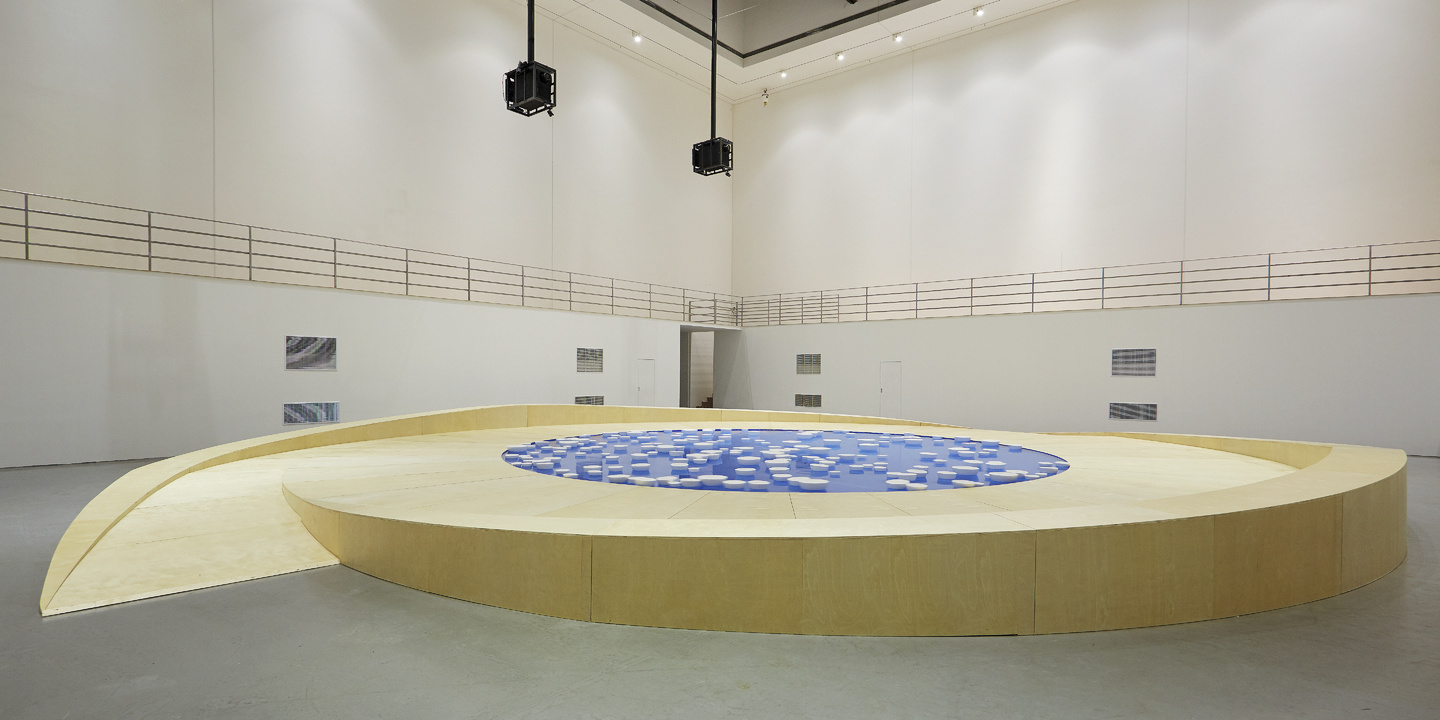 From Here To Ear
Installation
2017

The piece “from here to ear”, taking birds as the leading character, places 168 zebra finches between musical instruments with the feed, combined with amplifiers and effectors, together with the surrounding nesting, sand and plants, creating the experience of listening to live performances in nature. 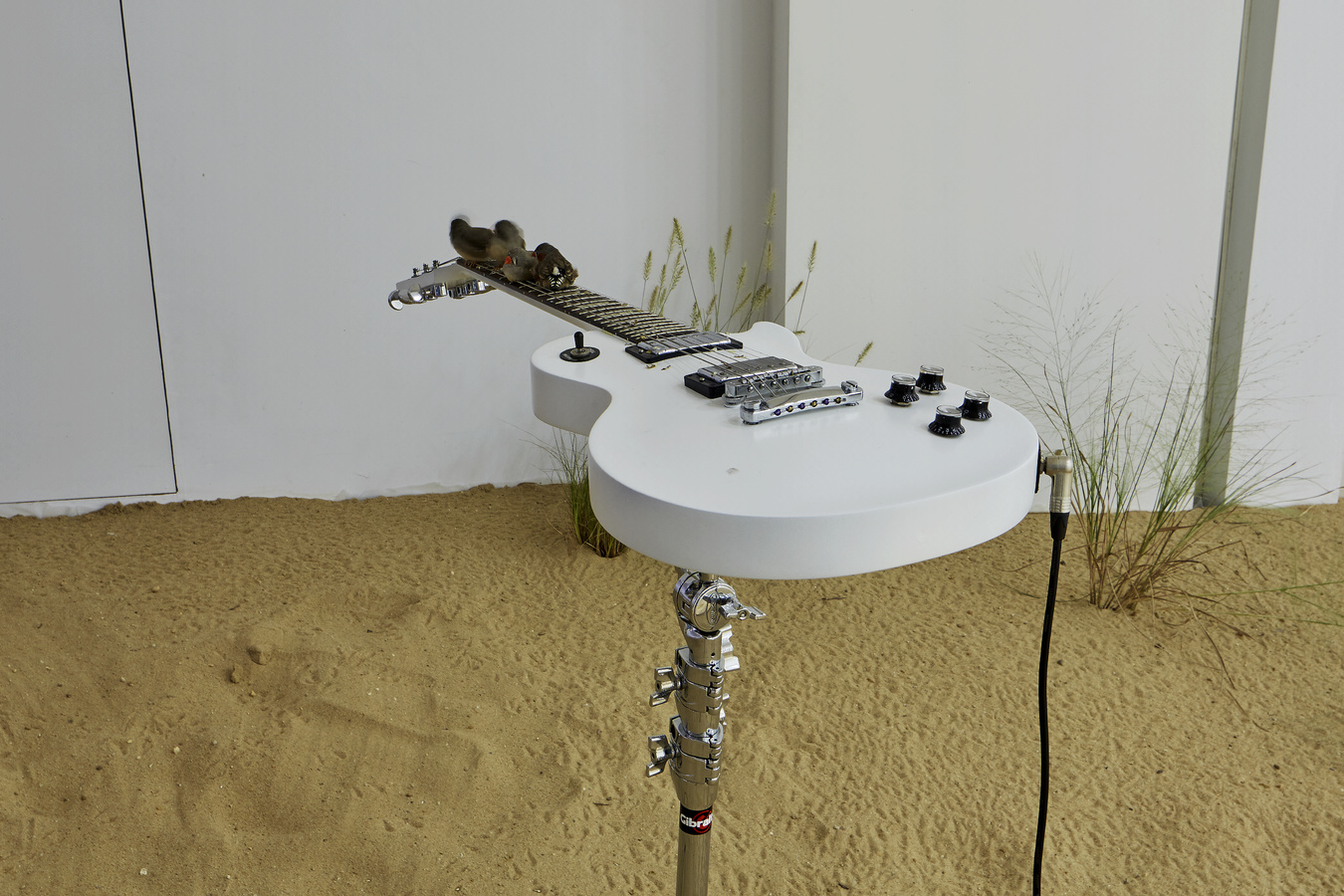 The helium balloons with wireless microphones tied to the bottom, float and move in the space in the wind of the electric fans. The ambient sound recorded by the microphones is played in real-time by the speakers at the site. The undetectable random sounds created by the changes in position and airflow define the space itself. 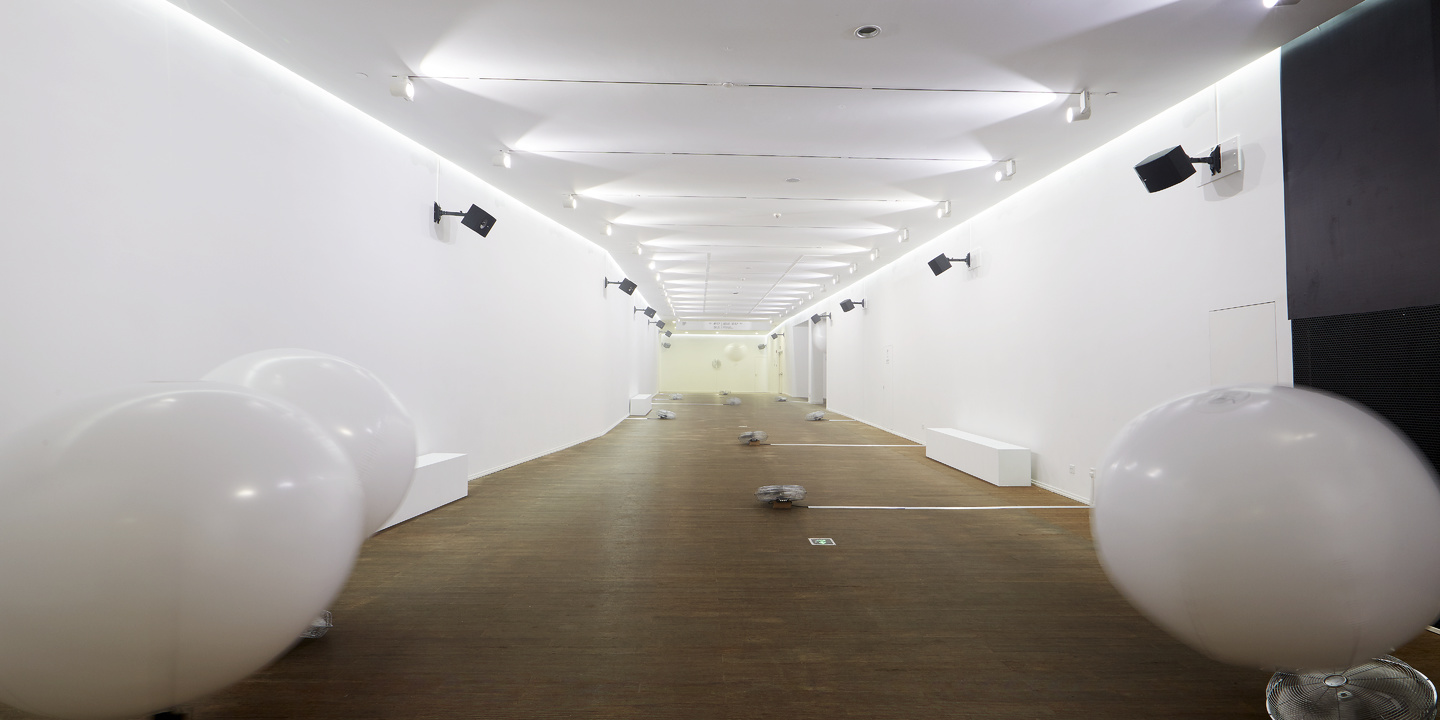 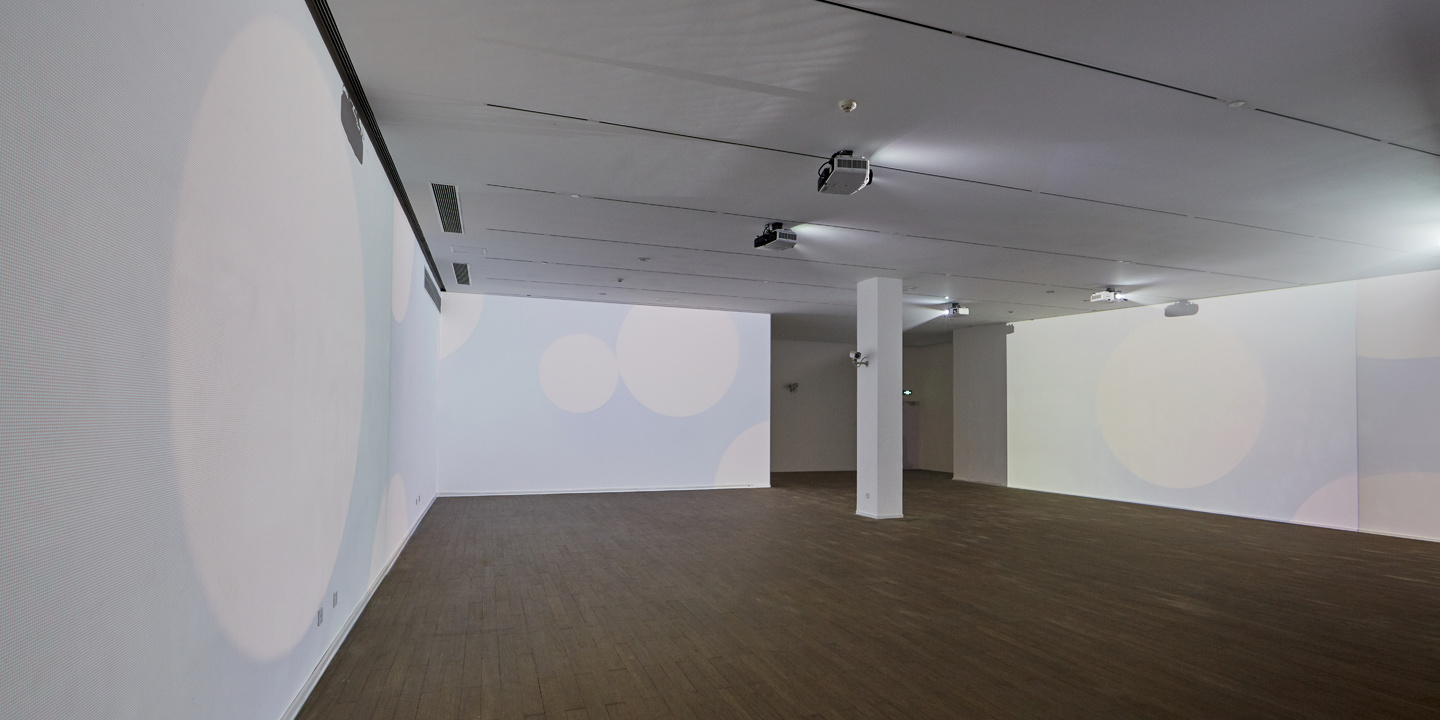 The installation is made up of hundreds of pebbles that transform the narrow escalator at the entrance of the art museum into an ancient riverbed with natural atmosphere. The escalator is seen as a link between the outdoor and the exhibition hall. Going through the narrow path, the visitors gradually slow down their pace. It serves as a clue to lead the audience into the subsequent piece. 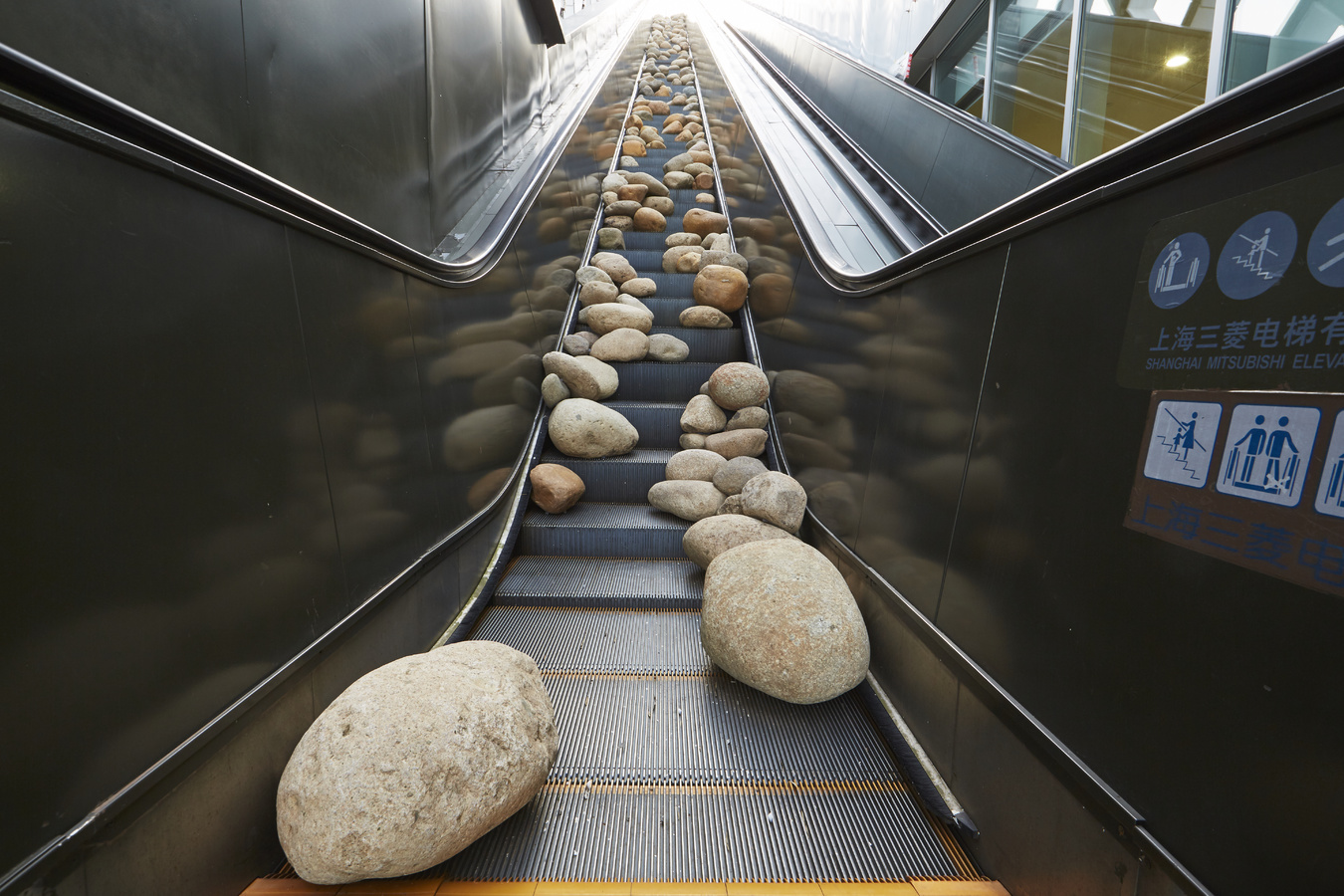