Bigert and Bergström’s first large-scale Asian exhibition opens at a time when smog has become a threat that endangers our everyday life, and at a time when the newly inaugurated president of the USA denies the very existence of climate change. The exhibition triggers many questions. We are very pleased to invite Jacob Dreyer, the Shanghai-based American writer and environmental activist, to chair a discussion with the artists and our invited guests from different walks of life. We hope this forum will contribute to some insightful reflection over Climate Change through the lens of art, science, urban development and eco lifestyle.

In the Air: a Curator's Statement
Speaker: Kaimei Olsson Wang
Art is around us like the air we breathe... This articulate over-estimated self-entertaining warning reminds me of how to breathe when the daily smog pollutes our breath and blurs our sight. It is at this time that what art can do becomes important. Can the relationship between art and what is happening in the world now, with the ability to touch history and the future with considerable sensibility, prove that art is able to change or influence people’s lives? This is why I bring B&B’s exhibition to China. I want to find answers to these questions and to understand through art works the problems faced by the world, the sense of crisis, and ways to regain our proximity to nature. .

The Weather War: Human obsession over Control
Speaker: Mats Bigert, Lars Bergström
The exhibition The Weather War organized by the Shanghai Minsheng Art Museum is based on the film The Weather War, which combines land art, performance, sculpture, and documentary together, and discussed human’s desire to control the weather through a series of historical allusions and modern events presented in the interaction of art and science. At the beginning of B&B’s creation, it paid attention to the relationship between man and society and the relationship between man and nature. Their creation is not only to express their own ideas, but also to think and ask about this society and the environment.

Climate Theatre: Anti-control System
Speaker: Shi Qing
As the object of observation, ‘climate’ is an unpredictable ‘anti-control’ system. Contemporary art also has the same characteristics: changes and exceptions. The concept of the ‘Climate Theatre’ came from the pioneering weather forecasting idea of ​​the British scientist Lewis Fry Richardson during World War I: in a theatre spatial structure, the real-time calculation of the global weather is performed through the data analysis of more than 60,000 people. For the art, when it goes through the ecology, system theory, or even the early technological turmoil of network ideas, how to re-evaluate its complexity and uncertainty, will become the preconditions for the practice of their own work, rather than the superstition and control under some kind of pre-ideological ideology, as the artists do not need ‘weathermans’ to know ‘where the wind blows’.

Art Works: from Sweden to China, Can Art Make a Difference?
Speaker: Mathias Lafolie
As a professional drama director and professor from the Central Academy of Drama, and now serves as the Cultural Counselor of the Swedish Embassy, Mathias Lafolie will use his experience to explain his idea on cultural exchanges and artistic reflection of social issues.

Anthropocene and New World Image
Speaker: Sun Qidong
Anthropocene is considered as a new era when mankind has become a geological force that affects the global terrain and the evolution of the earth. We now witness the desertification of the earth, climate change and the disappearance of innumerable species, which may indirectly proclaim the future collapse. Anthropocene has thus now been reduced to a fantasy about the end of the world, rather than being viewed as a ‘picture’ of the future political and economic system. Nature and humanity are the core of modern Western thought. Pierre Huyghe’s Human Mask precisely provides a prophecy about their declination, which makes the familiar conceptual foundations of human and non-human life unsteady.

Eco-living in China
Speaker: Sun Haiyan
Faced with the outbreak of food safety, smog, water pollution, and poisonous land incidents, Chinese consumers ask: How can we get to the assured food, the blue sky, clean water, and clean land? On the other hand, they also start to think: as consumers, is it necessary for us to buy all the time? If we must buy, what kind of product do we need to support? In this context, more and more products in China have become ‘green’, and sustainable education has gradually emerged. At the same time, people begin to choose bikes again to find a way of living with nature. How far is the eco-living from us?

Urban development in China: New Climates, New Challenges
Speaker: Jason Hilgefort
Climate deterioration has become the most threatening issue faced by China’s current society. However, if we advocate the transformation of the economy and the sustainable development of urban space ecology, this problem can be solved. Over the past 35 years, China’s urban development and environmental systems have formed a complete set of knowledge and typology systems. What experiences of urban development are worth learning, sharing, and applying to new climate, cultural, and political realities? I think the art museum is a good place to broaden the imagination of the future and find possibilities.

Global Warming in the Shadow of American New Energy Policy
Speaker: Yu Hongyuan
Donald J. Trump has been the host of the White House for a whole month. Everyday international politics is full of news of this undisguised king of the country looking for ‘another truth’. How the fact that Trump was elected will influence the judgement and forecast of the United States and the world is a hot topic of global focus. His past attitude toward issues such as energy and climate change also made him controversial. Today, as the first climate conference after the Paris Agreement was successfully held in Marrakech, the climate document Paris Agreement was approved in most countries and is therefore binding by international law, confirming the fact that global warming is heating up and making effort to be against the climate change has become an international trend; at the same time, the Obama government has devoted itself to playing the role of a global leader in combating climate change in recent years and investing huge amounts of energy in the U.S. domestic clean energy sector to reduce carbon emissions from traditional fossil fuels and accelerate the transformation of energy structure. In this domestic and foreign context, Trump has repeatedly expressed in public, denying the fact of global warming, and threatened to lead the United States out of the Paris Agreement and cancel the domestic ‘green power plan’. He also claimed to reduce the renewable energy subsidies and would support the fossil energy industry to urge the United States to be completely independent of energy. Considering Trump’s political views on energy and climate change, and the important role of the United States in global mitigation actions, global climate governance will be likely to undergo a major reversal.

Jacob Dreyer, Shanghai based editor of economic and political sector of Palgrave International Press, is also an author and research scholar on contemporary Chinese social issues. Recently, he edited a special edition of Modern Weekly focusing on the topic of climate change mitigation. His articles are published in many well-known magazines such as LEAP, Foreign Policy, Architectural Review, the Atlantic and Domus.

Kaimei Olsson Wang graduated from Beijing Normal University and received the Master degree in Contemporary Art from Sotheby's Institute of Art. She lives in Sweden and engages in writing, translating and culture communication. In 2015 she established the Beyond Frozen Point film festival with Li Shanshan, that brings the video work in the North Polar region into China. She also curated a special section The Other North with Chinese films in the Tromsø International Film Festival. She is also an art writer and contributor for many art magazines in China and now works as an independent curator and art critic. She now lives and works in Stockholm and Shanghai.

Mats Bigert (born 1965) and Lars Bergström (b. 1962), a group of well-known artists in Swedish land art (B&B for short). They collectively created artistic works in the form of artistic combinations, involving land art, performance, video, sculpture, installations, and art films. Their works have been presented in several important international biennials and they are also commissioned for the public art projects in many Swedish and European cities.

Shi Qing, now lives and works in Shanghai. His creations are mostly in the form of installations, images, and performances; the topics are from ritual analysis, art politics, nomadic geography to the study of globalization, etc. Meanwhile Shi Qing participated in the organization and launch of multiple projects. In 2014, he established Radical Space, planned and organized Local Work, Inland Planning, Shanghai Redux and other projects.

Mathias Lafolie, Cultural Counsellor, Swedish Embassy. He was a professor and director at Central Academy of Drama, Beijing.

Sun Qidong now works as a curator and art critic for Shanghai Minsheng Art Museum; he got his MA degree in Aesthetics at the University of Strasbourg, France. Sun is involved in multiple activities in which he questions the relation between art and the economy. His researches focus on the creation of contemporary art, curatorial practice. As a curator, he has just organized Secret Garden: Nathalie Djurberg& Hans Berg, Do you wanna play with me and Non-figurative. In addition, he has participated in initiating the art project Invisible Elephant, as well as in publishing theoretical journal ZAZA.

Sun Haiyan, graduated from Baltic Business School, Kalmar University, Sweden with MS; from School of Economics, Fudan University, China with BA. As co-founder of Business Ecology magazine, Haiyan launched China’s first magazine which focuses on sustainability and green business and is currently the chief editor of the magazine. She has more than 15-year working experiences in China’s business media, such as Asian Business Leaders and 21st Century Business Review. She focuses mainly on the area of innovation, sustainability, and regional report. She published the book of The Age of Green Gold, together with co-author, Sun Yang, which became the 2010 recommendation book of Wenjin Awards, the National Library of China.

Jason Hilgefort, head of the UABB School, studied urban planning and design at the University of Cincinnati, USA, and completed a master degree in Architecture at the University of British Columbia. He has worked in New York (Ehrenkrantz Eckstut and Kuhn), Los Angeles (Behnisch Architects), and Rahul Mehrotra of GSD. Jason has won Europan 11 in Vienna. In addition, he also joined the FUR project. At the same time, he is also a contributor to the ‘architecture and beyond’ column of the uncube magazine.

Yu Hongyuan, is a professor and Director of Institute for Comparative Politics and Public Policy at the Shanghai Institutes for International Studies. He is also an honorary fellow of Center for International Energy Strategy Studies, Renmin University of China, a visiting fellow for Sustainable Developmental Research Center of China Academy for Social Science. He got his Ph.D. degree from Chinese University of Hong Kong in 2003, and Mphil degree from Renmin University of China in 2000. From 2011, he became the visiting fellow of Center for Strategic and International Studies in America (CSIS). 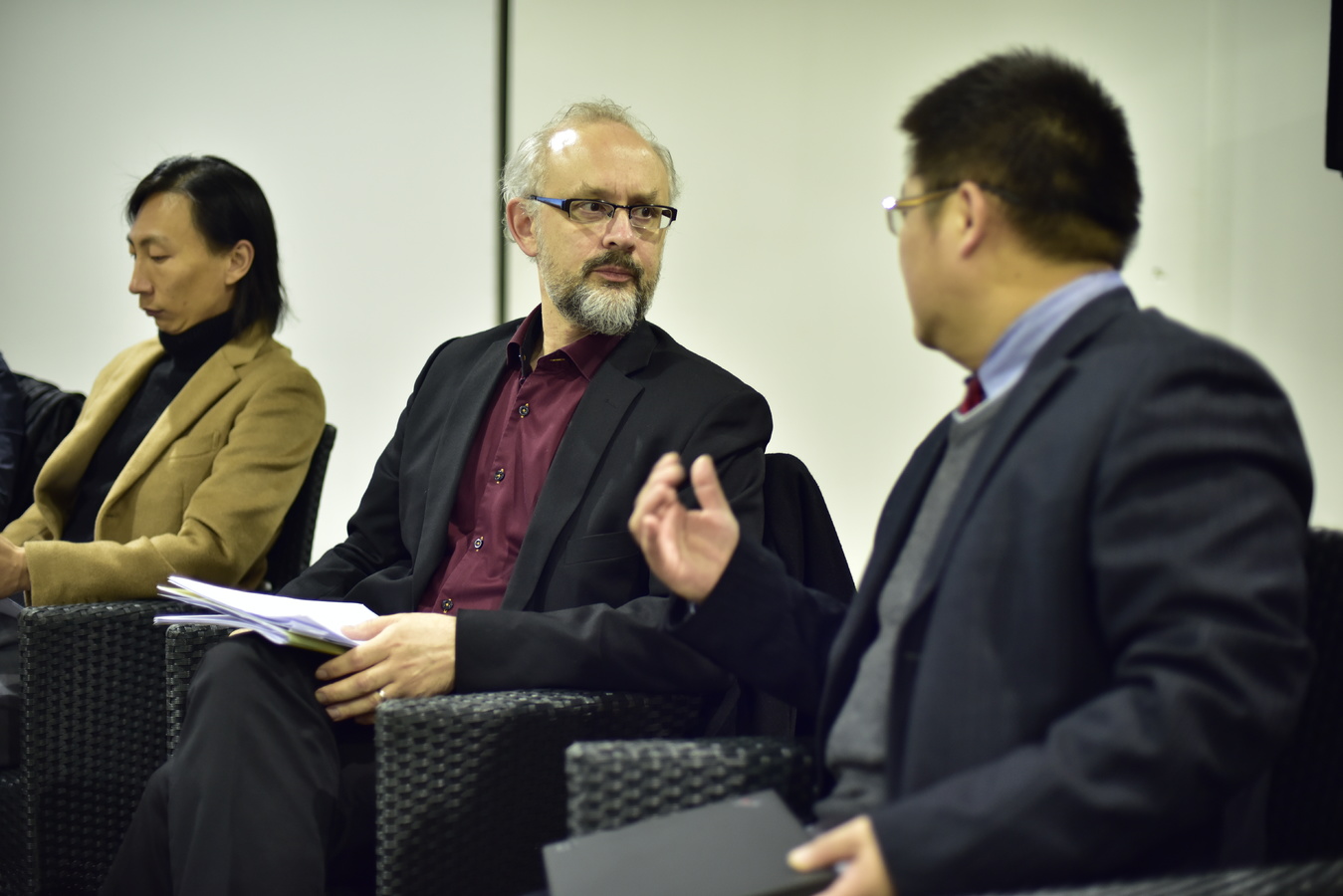 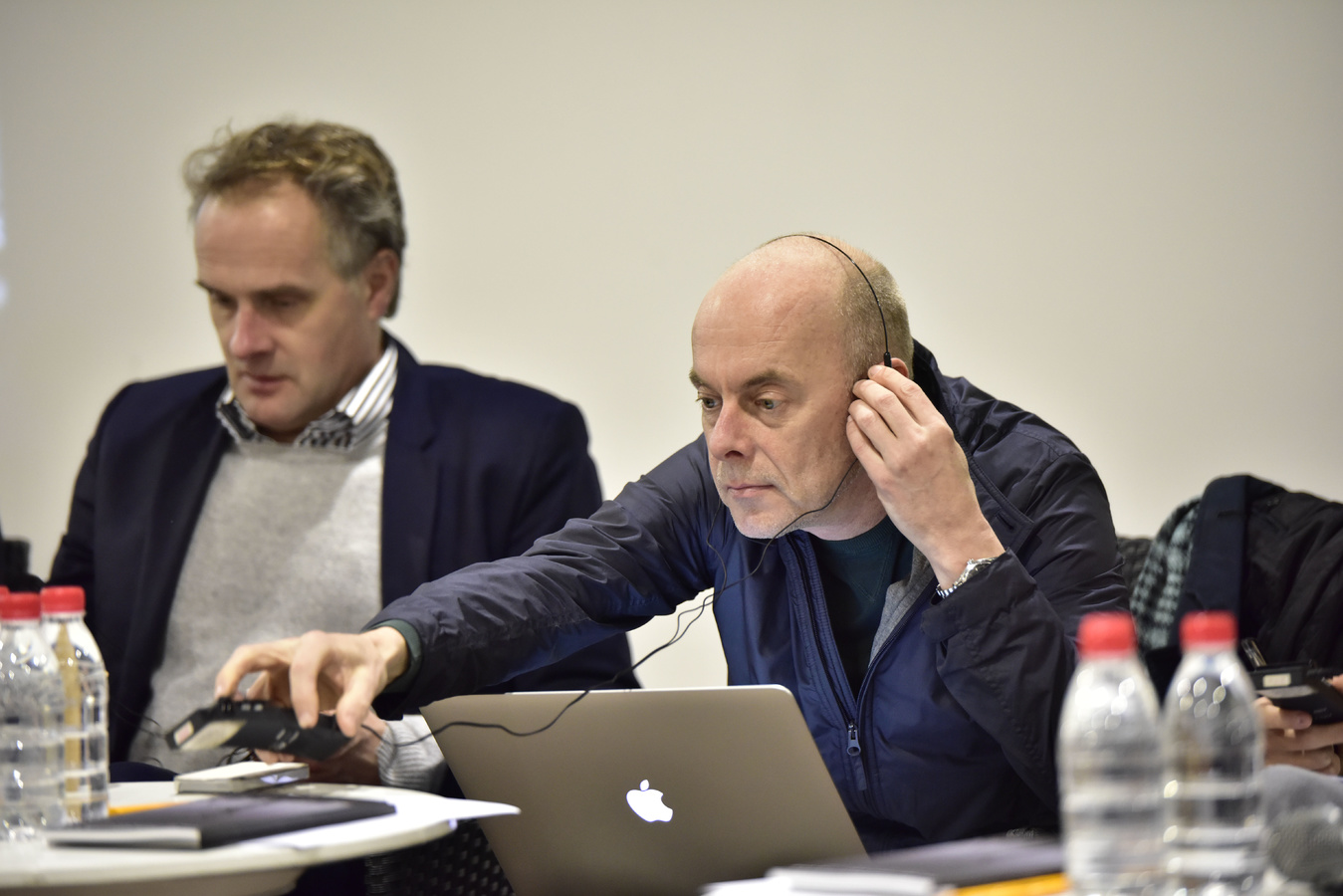 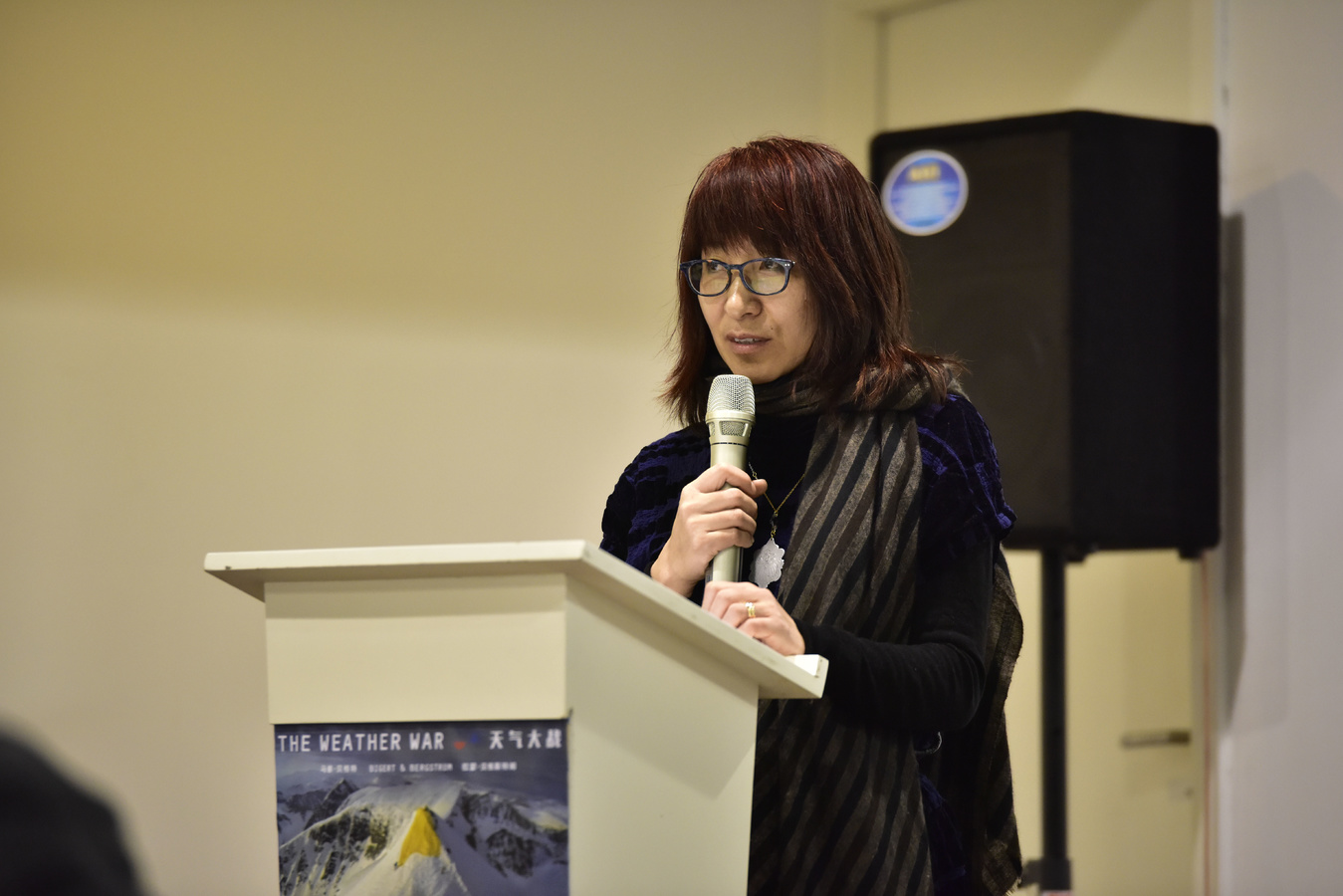 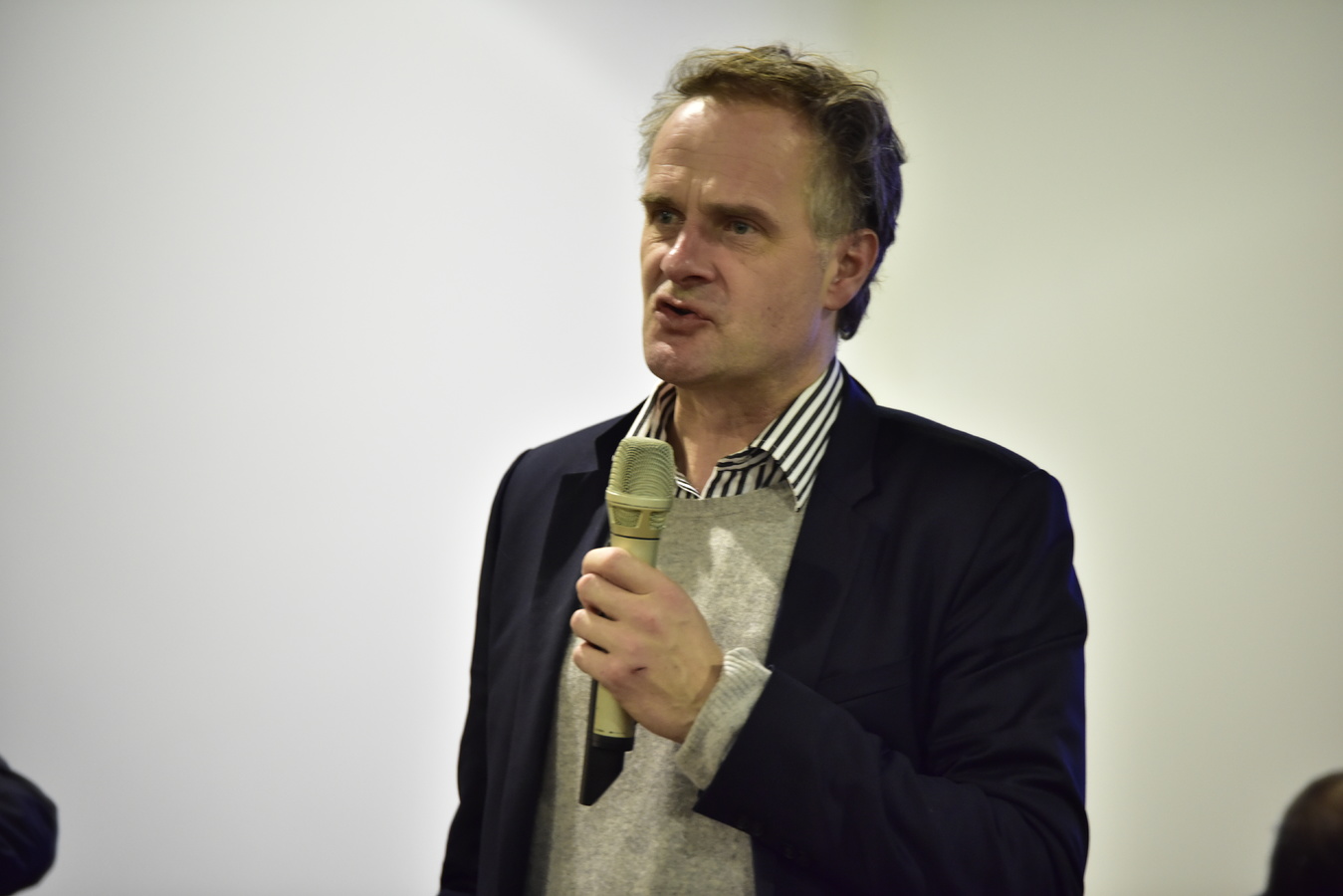 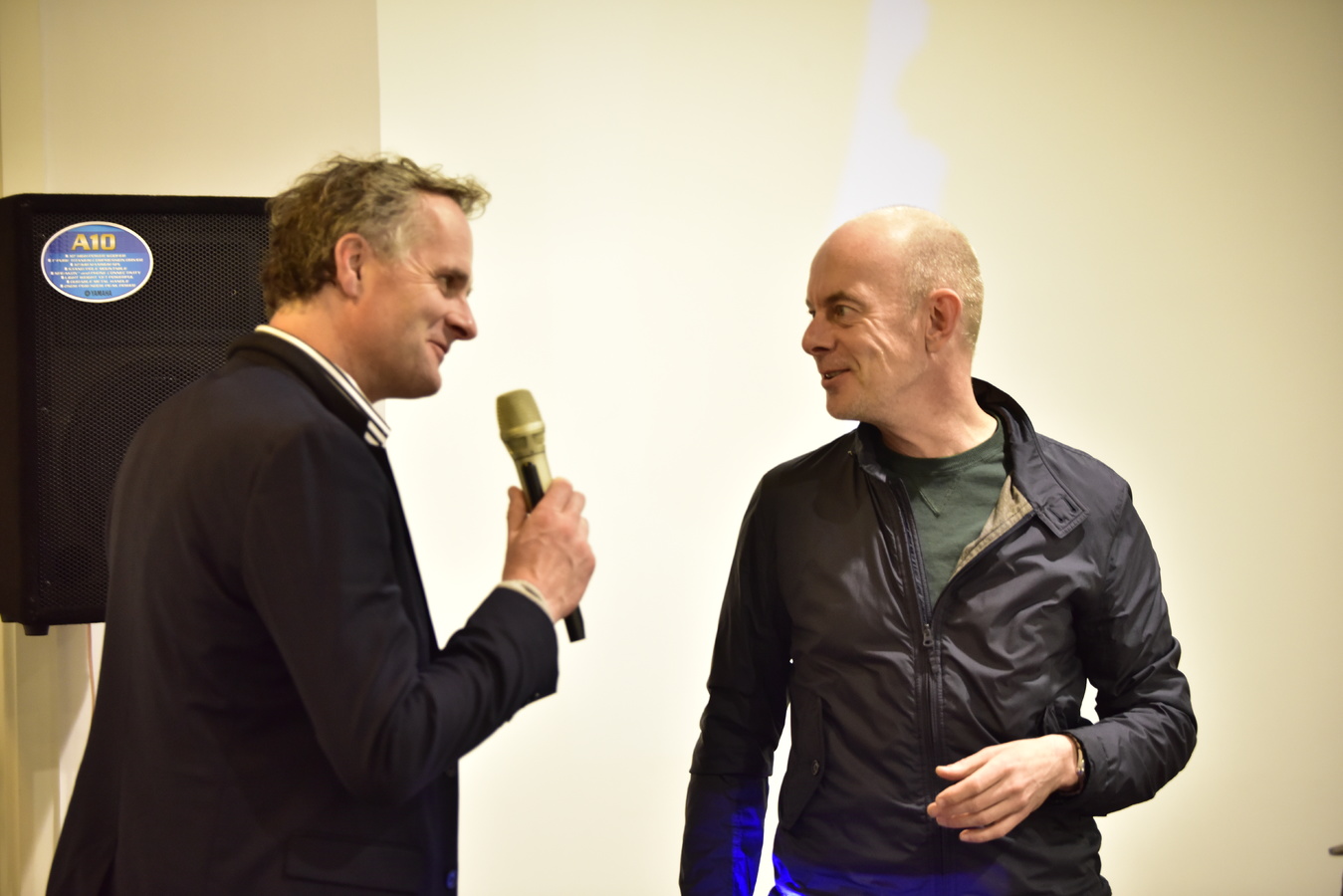 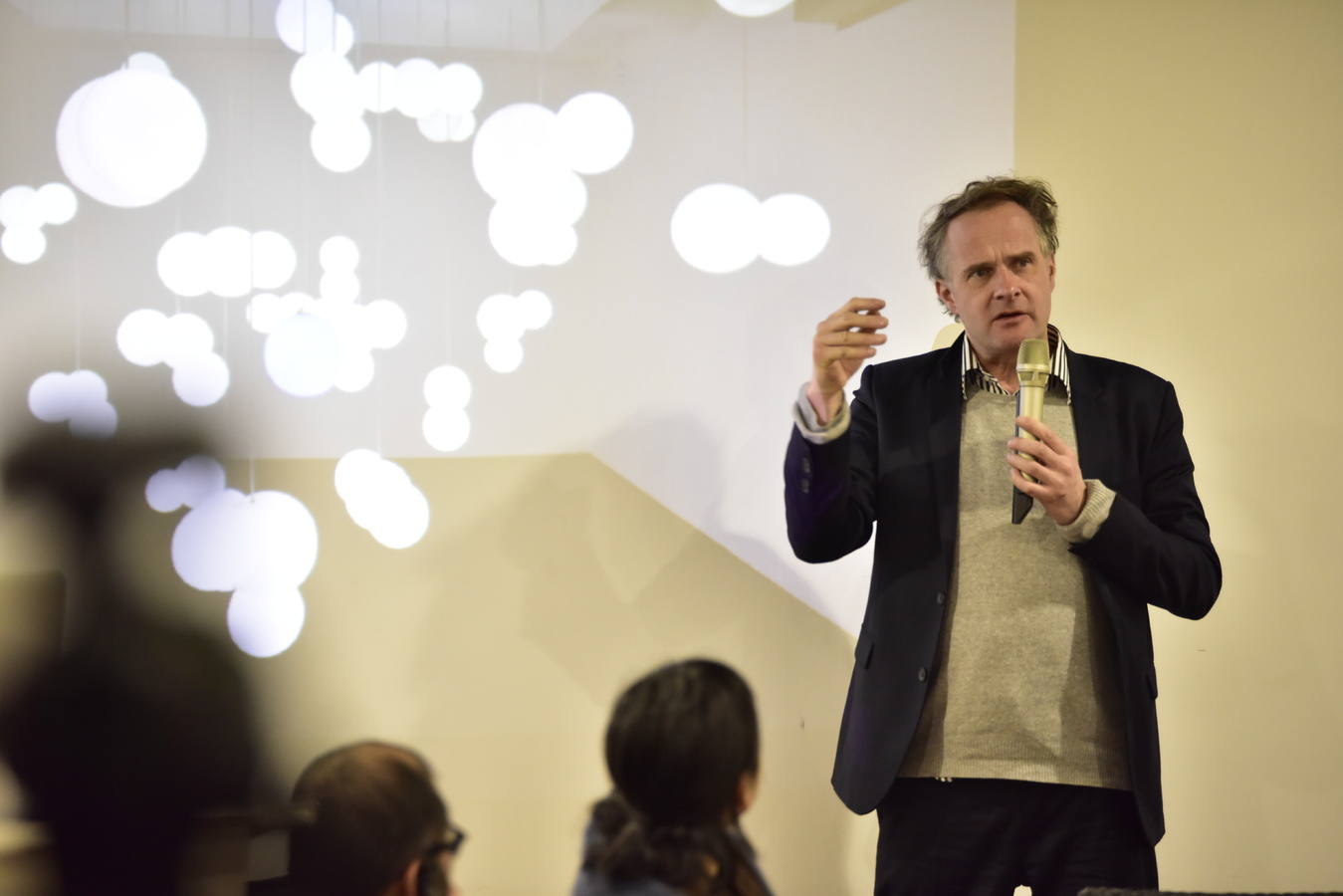 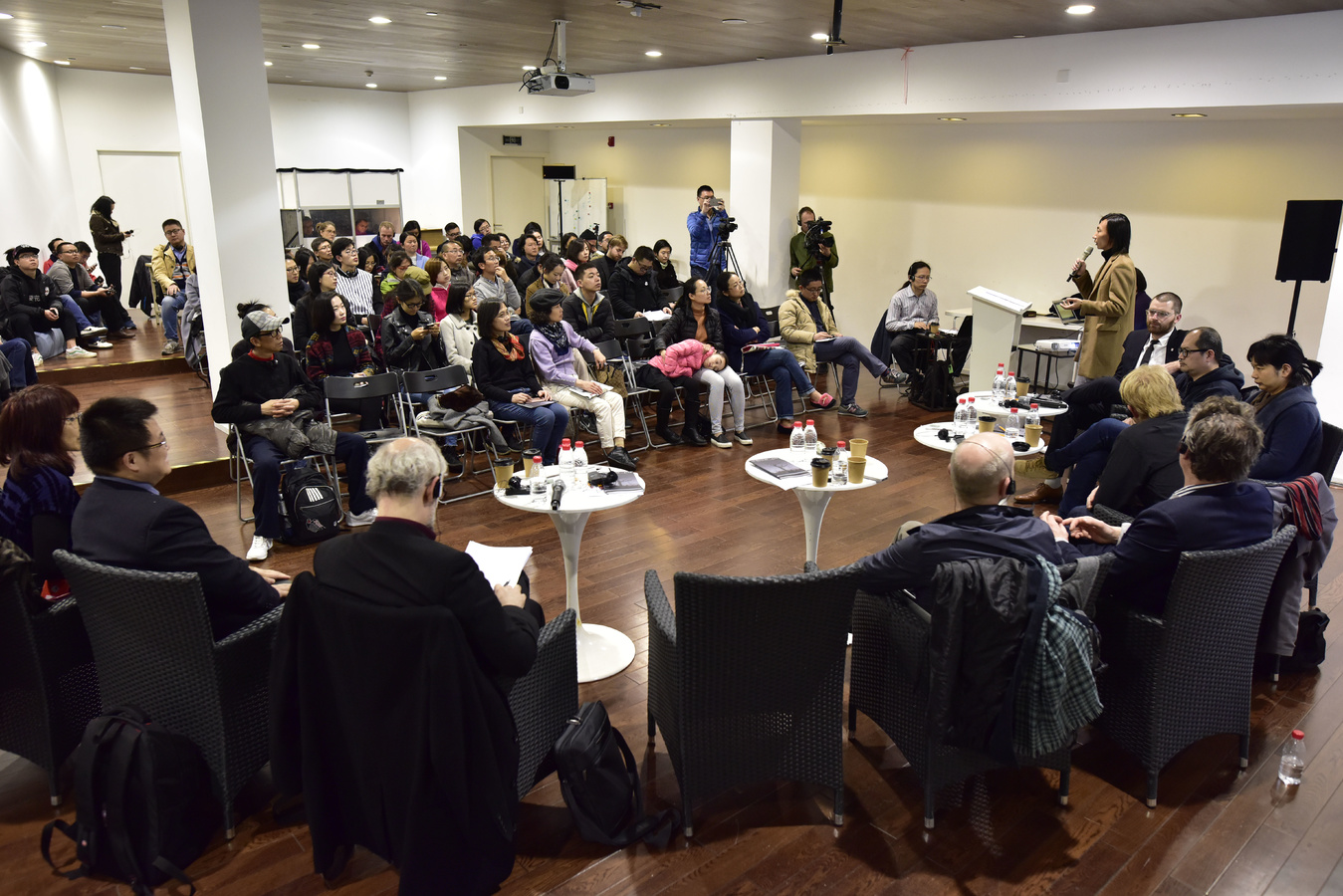 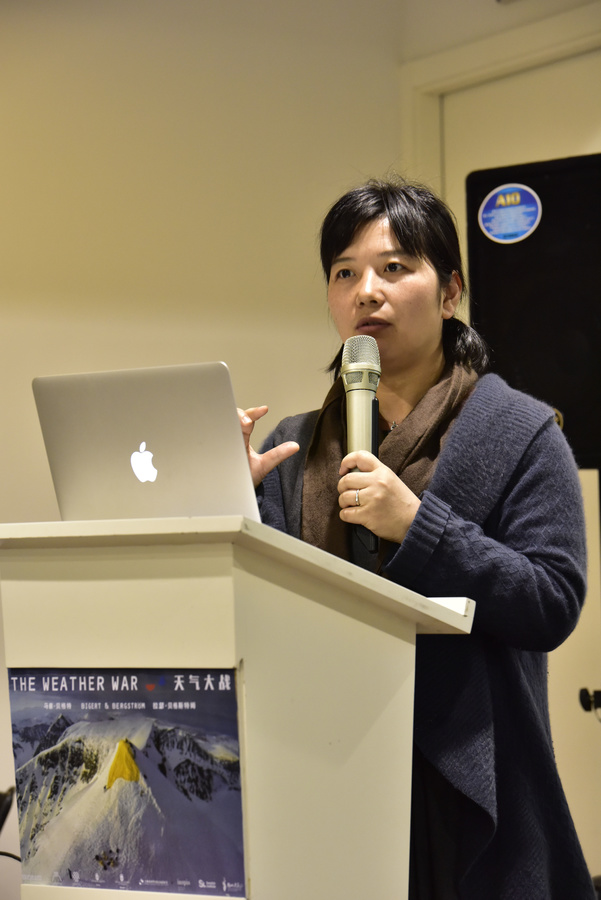 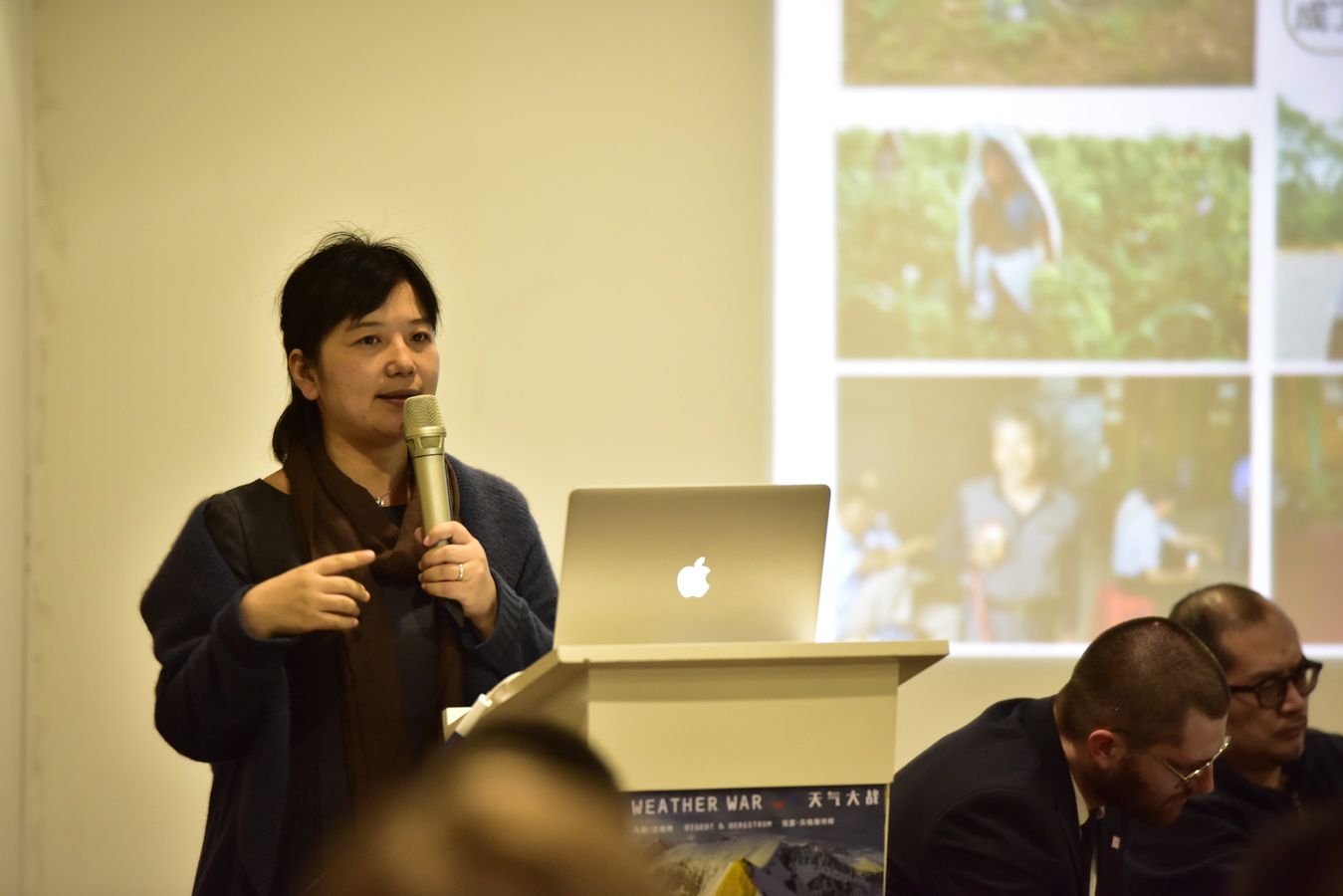 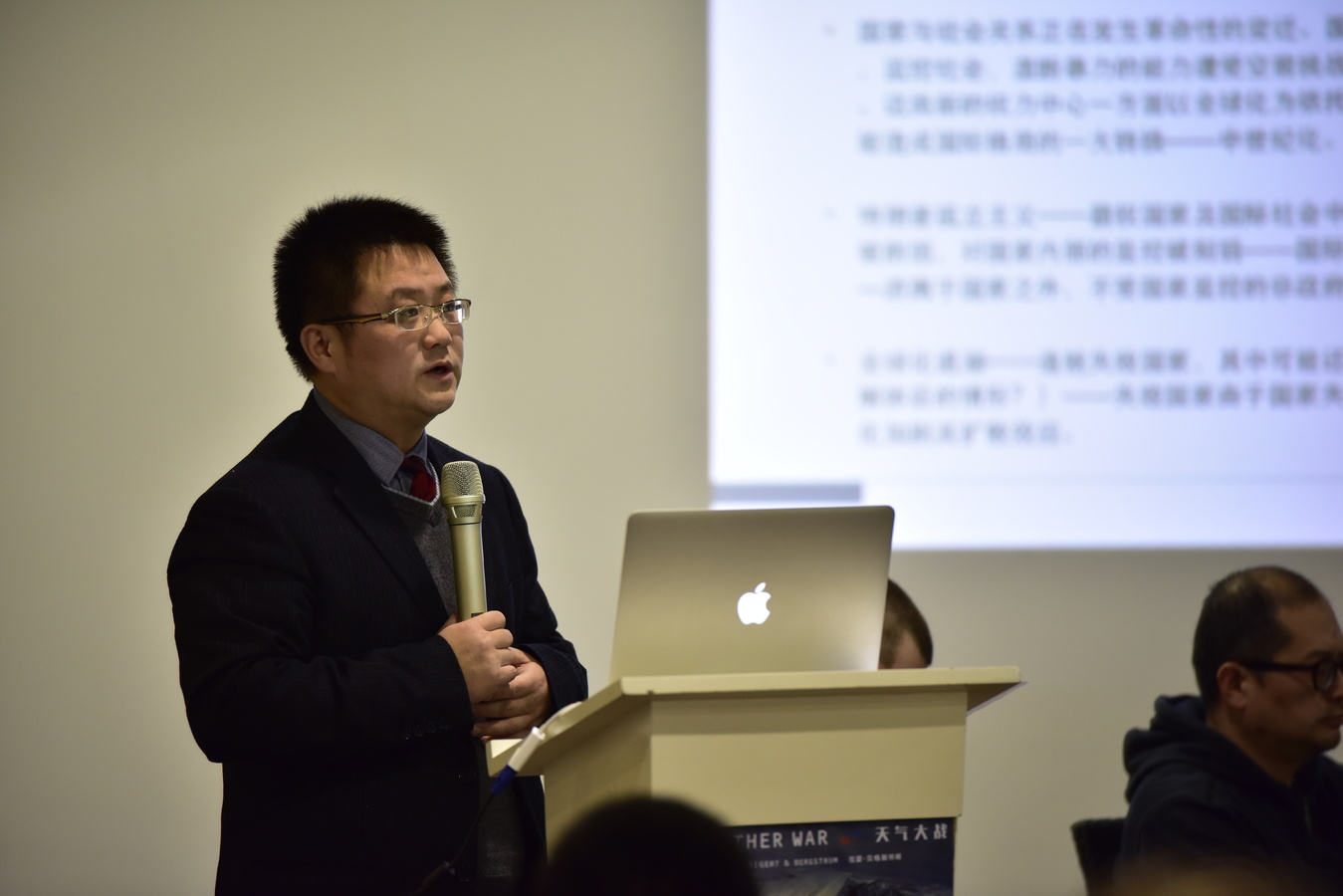 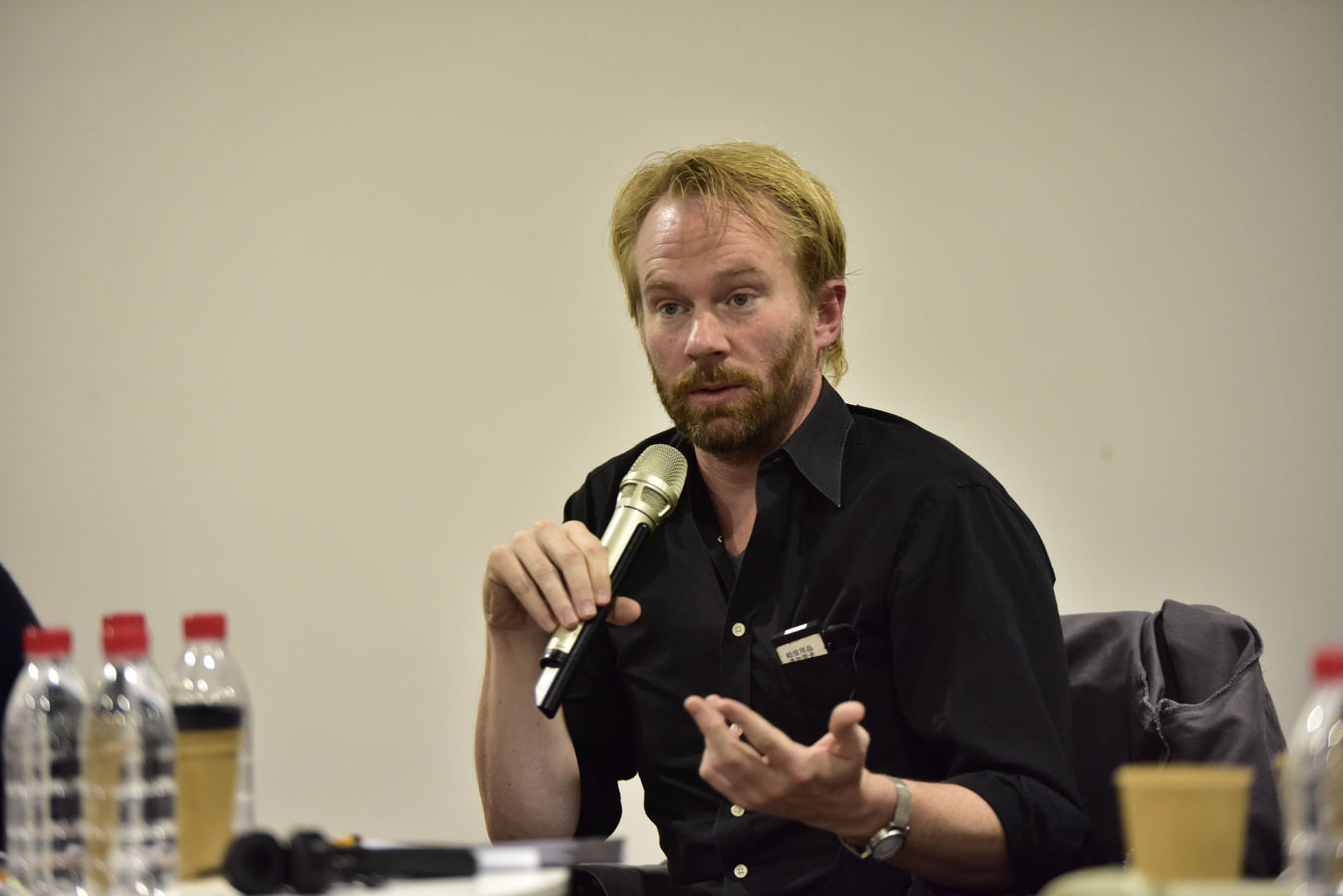 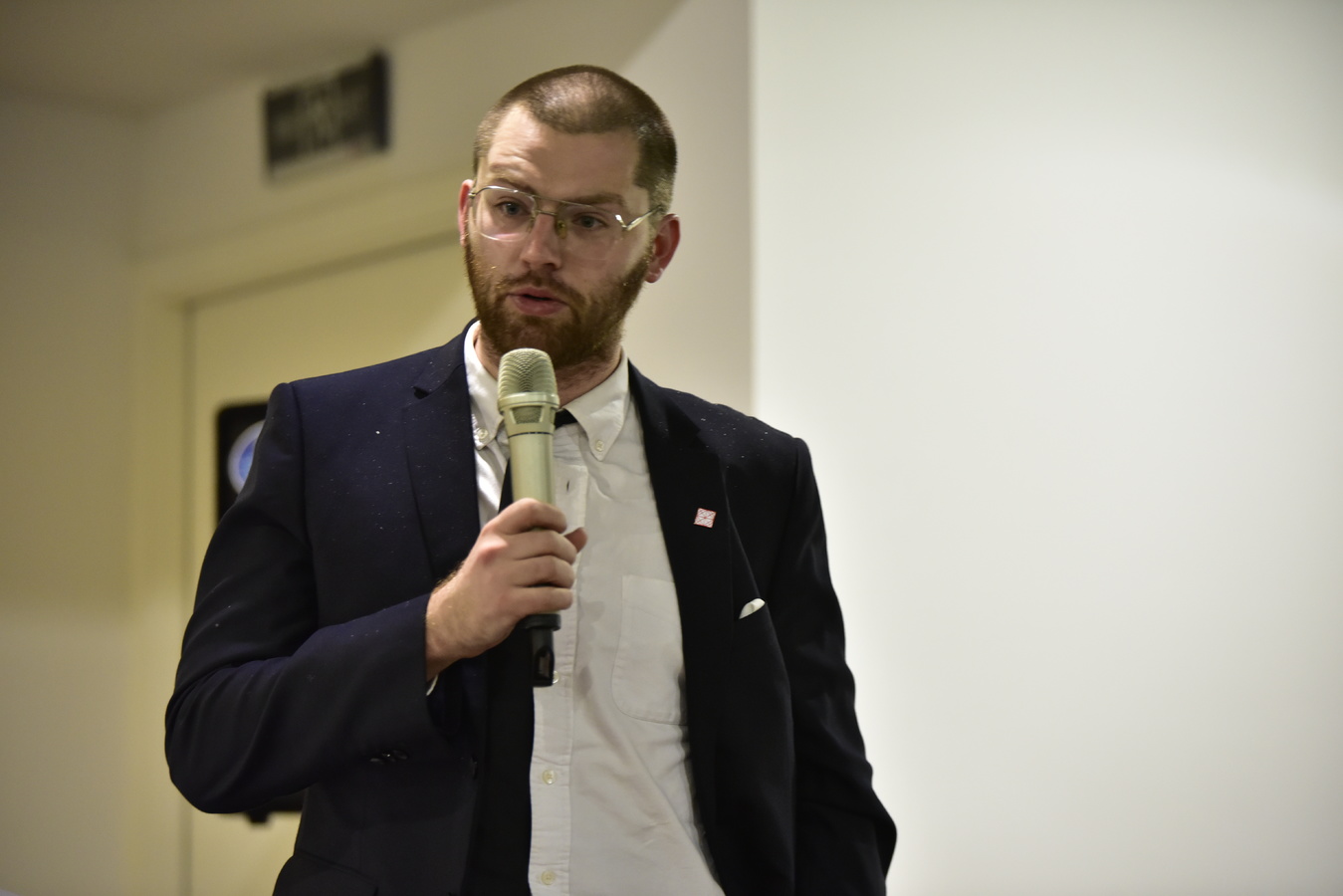 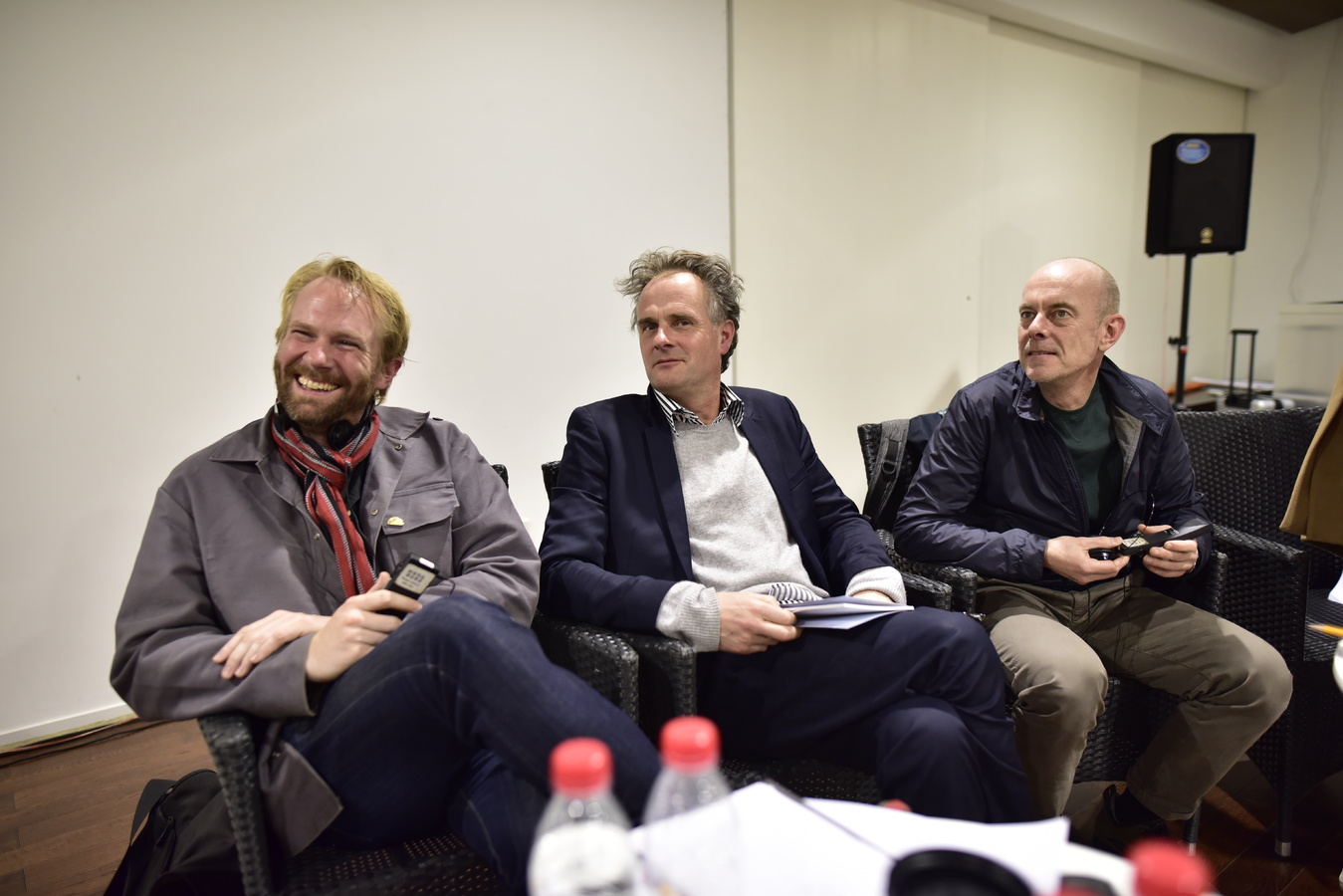