Polyphony is a term of sound synthesis, which means multi-part chorus. For those contemporary artists who have encountered with various sorts of dazzling and heart-beating music styles such as “experimental music”, “noise music”, “sound art”, “electronic music” and “MIDI music” from the internet and underground music market since the end of last century and the beginning of this century, the sound art creation in nowadays China seems to be like a kind of “polyphony”.

"When there were not yet such noise/sound performance group as NOIShanghai or electronic music group as Antidote in Shanghai in 2004, it was not strange to see music bands of different style such as rock'n roll bands, B6 and Torturing Nurse performing on the same party stage.  The audience's acceptance of such differences have not only built up a certain 'attitude', but also given birth to platforms for various forms of sound art. And I believe it should have been the same situation in Beijing and Guangzhou at that time."

In the past twenty years or so, Chinese sound art has gradually grown into a polyphonic synthesizer mixed with different sounding engines, with sound art, heavy electronic music, electronic dance music, experimental music performing on the same platform, whereas artists are able to interact with one another and explore new definitions and possibilities of sound art as the series of program "Polyphony" intended to share with the audience.

"I have been exploring various natural ways of making sounds, with my body as the tool and my thinking is the program. All those that is  manic, quiet, extreme or distorted have been defaulted by the tool and the program. The noise is a vector that can break all kinds of rules or regulations. It is only through entering the nihility that can one really escape from such contradictory relationships as sound and body, body and mind."

Wang Changcun, artist working in the field of sound art, electronic music, software and internet. He has produced albums under such music labels as Sub Rosa and Post-Concrete, whose sound works have been selected in the albums such as CHINA: the Sonic Avant-garde and An Anthology of Noise: Electronic music.

Mei Zhiyong was born in Shandong in 1984. He is an internationally well-known Chinese noise experimenter and hardware noise musical instrument DIYer. He is also active in the fields of independent film making and photography. Mei thinks that noise is a vector that can break all kinds of rules. It is only through entering the nihility that can one really escape from such contradictory relationships as sound and body, body and mind. The distinctive feature of his performance and the electric musical instruments made or reconstructed by himself in a way of hacking and circuit-bending are the icons of his performance. Since 2014, Mei has conducted various concert tours in Japan and Europe and become the new blood of noise and experimental music in Asia.

Zafka Zhang, sound artist, researcher on youth culture, co-founder of China Youthology. He advocates the political listening of urban soundscapes. His sound art works often involved with intensive ethnographic and sociological fieldwork both in online and offline urban space. He has released various electronic music albums based on his fieldtrip recording, which include Whose Utopia, YONG◎HE and I·Mirror. His current concerns have shifted to such topics as socialized media, new sound cultural landscape motivated by mobile internet, and multimedia art creation practices such as “Sound Theatre” series of installations and performances including “Parasitic Life/Sound” (2014) and “Ruins of Voices” (2015).

RMBit is a new media performance group founded in China in 2013. Its current members are five in total. They are Shi Zheng, Wang Zhipeng, Weng Wei, Hsiung Chengkai and Wang Qian, who specialize in interactive audio-visual live performance, program development, social media sarcasm and data mash up. Their teamwork emphasizes on the attractive and subtle relationship between audio and visual objects, which not only leads to massive sensory impact, but also invites the audience to participate in the creation process of the artworks. 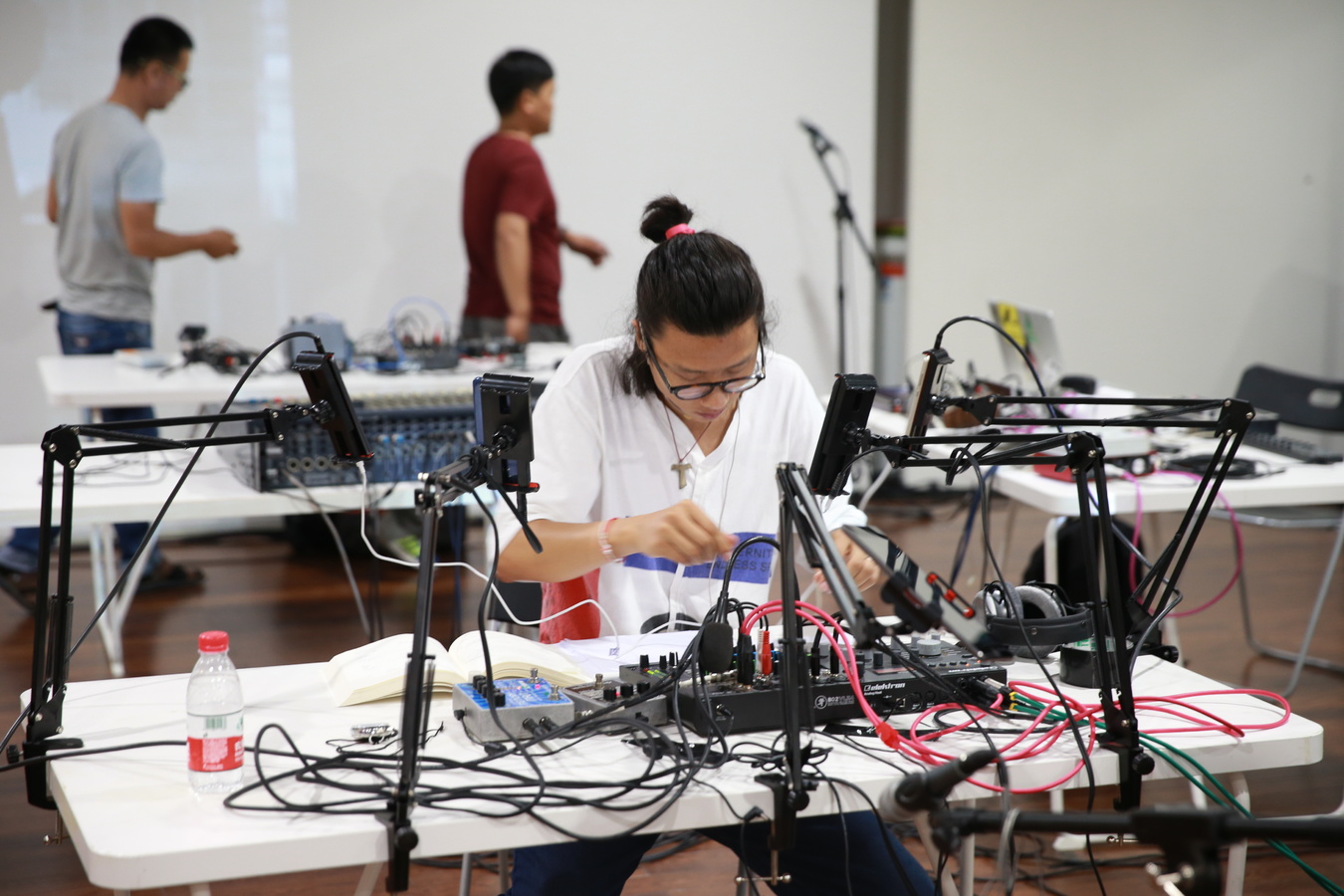 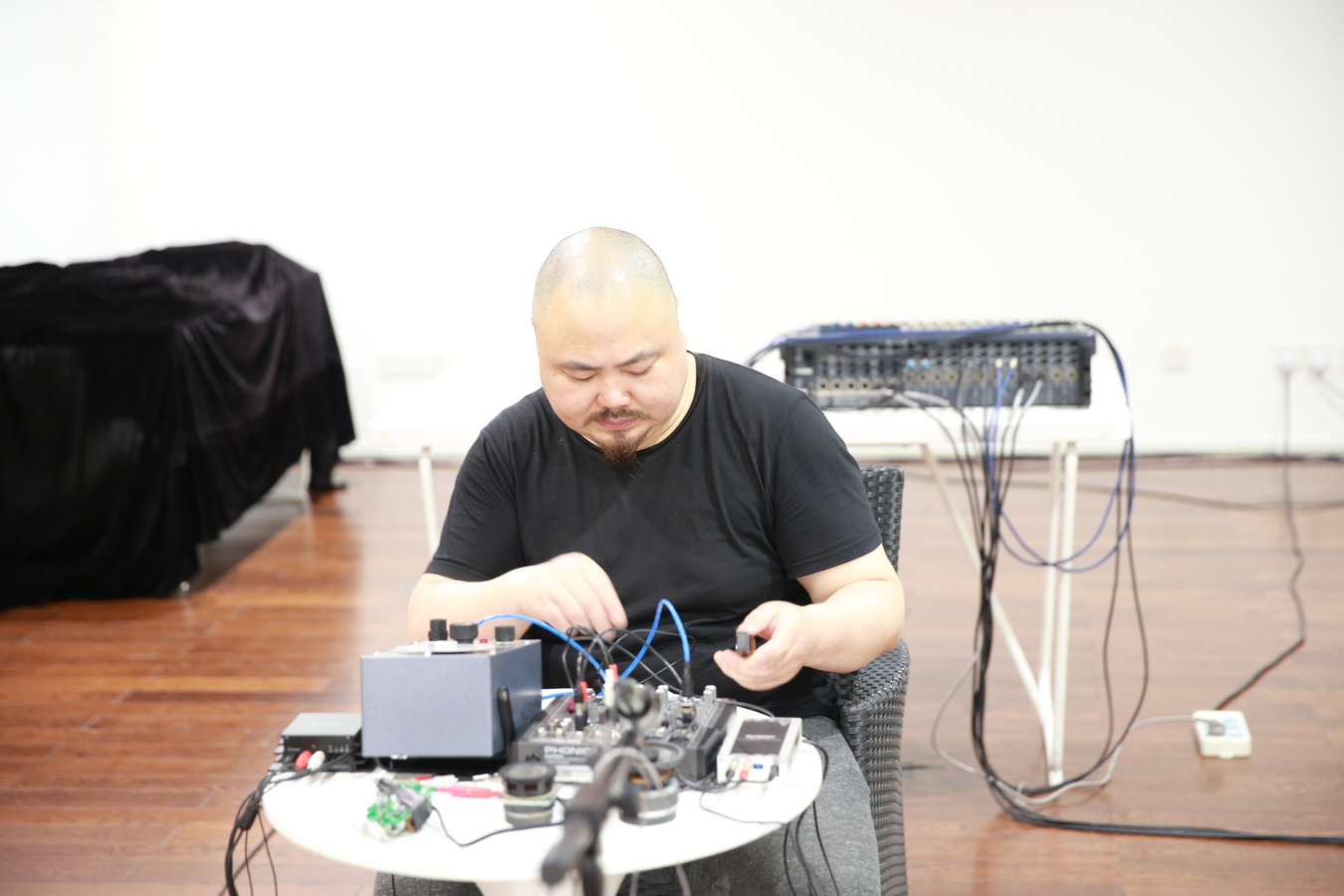 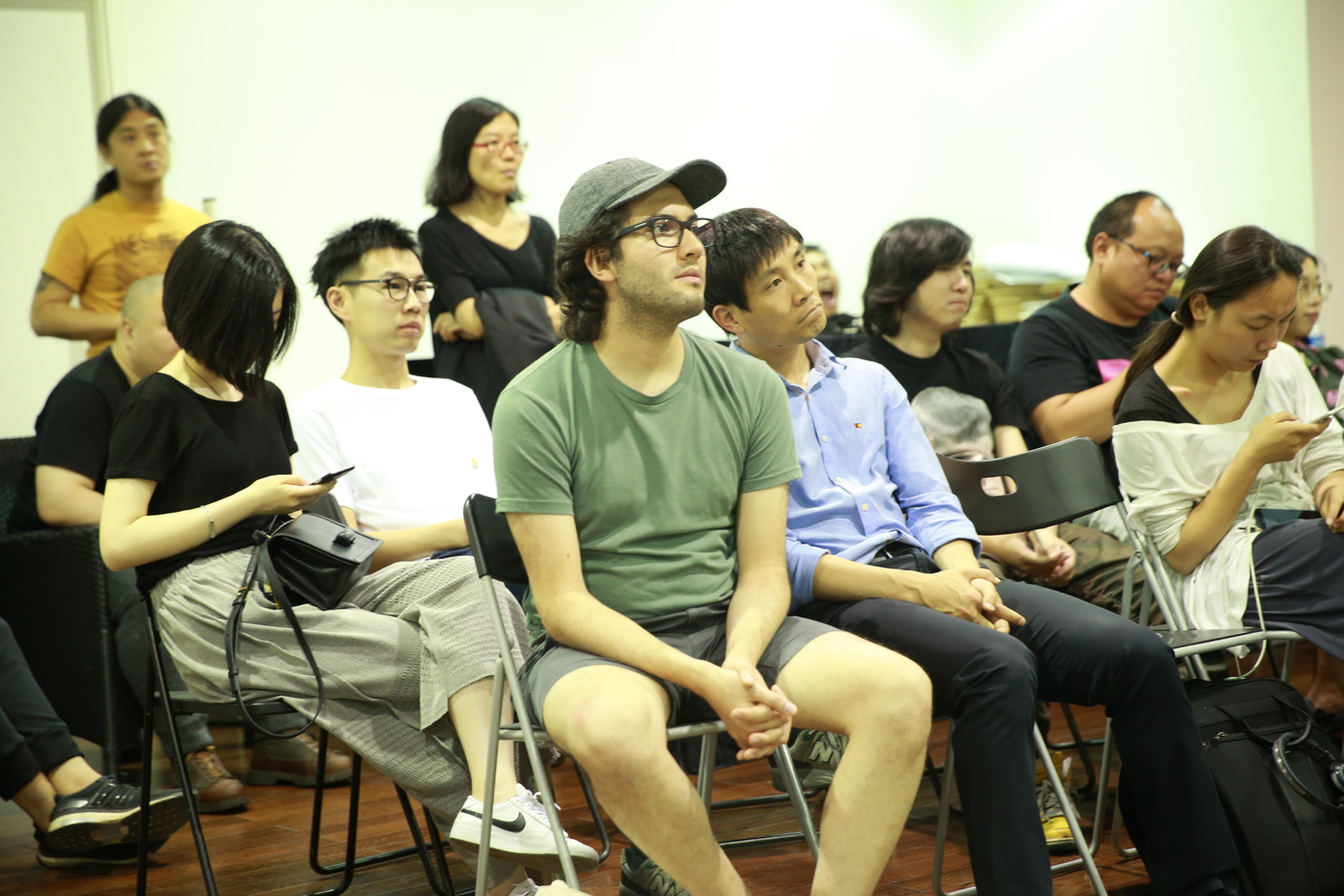 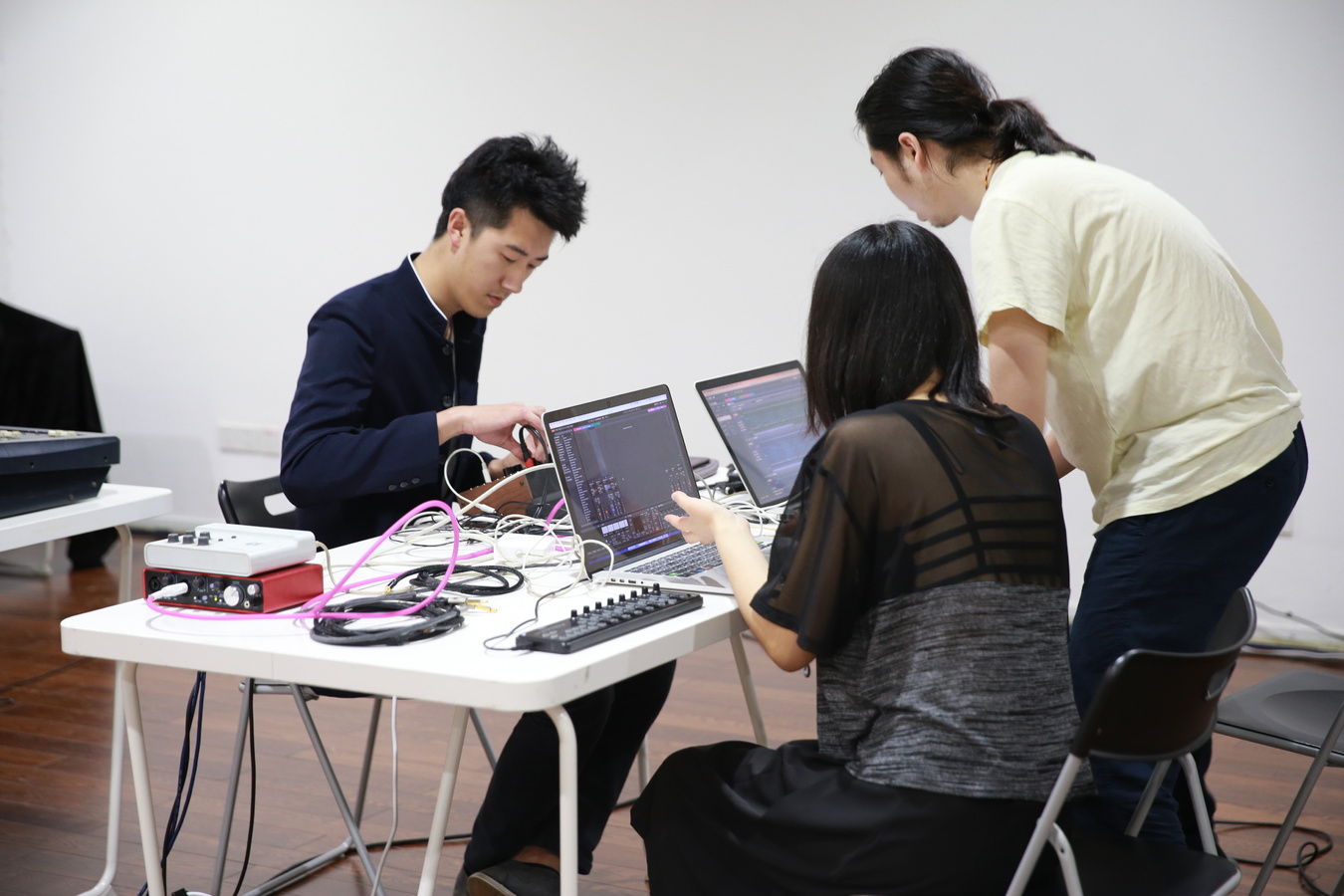 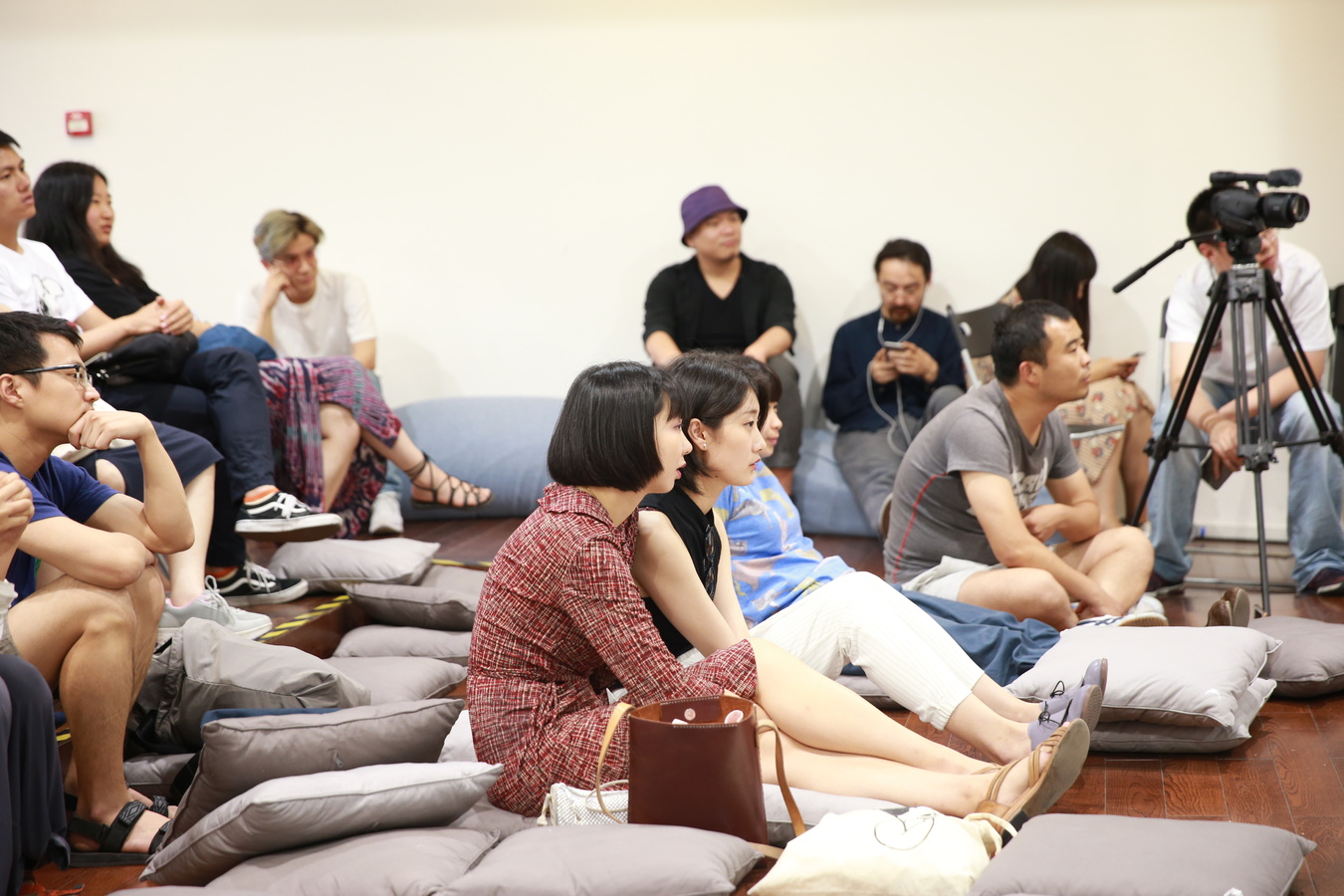