【Lecture】Made in Shanghai: Animated Films of the Good Old Times 7

【Lecture】Made in Shanghai: Animated Films of the Good Old Times 7

Made in Shanghai - Animation Films from the Golden Era

The birth of an animation in the past, whether its duration is long or short, need more than 10 processes to complete, involving scriptwriting, directing, color design, character design, animating, action, in-between, scene, inking, checking, camera, editing, composition, sound effect, voices, music recording and mixing, exposure and so on. It can be said that animation is the crystallization of collective wisdom.
Animation, raised the curiosity of Lin Wenxiao, who went first into Animation School in Suzhou Academy of Fine Arts (which later incorporated into Beijing Film Academy). Animators and inbetweeners are the main creators that enable each character in the animation to act on the screen, like the actors in the feature films. The difference is that instead of meeting their audience directly with their own physical images and actions, they use their wisdom and brushes to create various characters in animation and give them life and character to those static images, to make them vivid on the screens.
In 1953, as one of the first graduates of animation school at Beijing Film Academy, Lin went directly to Shanghai Animation Film Studio and started to work as a lead animator and inbetweener. group. Jiao Ao De Jiang Jun is the first film her participated in; at the time the director Te Wei put forward the slogan ‘establish the road of national style,’ and put that slogan on the wall of the studio, as the goal of the film. The exaggeration, decoration and contrasting colors usage of traditional art fully illustrate the aesthetic taste of our nation. Combined with the sound effects of folk music, and gongs and drums, the film integrates the foreign cartoon art with the traditional Chinese culture and moved the audience with its national style. The film can be regarded as the beginning of the widely praised Chinese School by the international animation industry.
In 1959, Lin Wenxiao engaged into the team of Havoc in Heaven and worked as the inbetweener and character design. Good at action design, she created a lot of classic shots. The seven fairies picking peaches, singing and dancing has absorbed Apsaras and elements in Yunnan folk dance, combined with animated imagination, thus constituted a wonderful aerial world.

Xue Hai Zi is the first animated film directed by Lin Wenxiao herself and was completed in 1980. ‘The story was submitted to us and very suitable for animation,’ Lin Wenxiao memories, ‘I really like this story; it tells a tale of a “snowboy” and a bunny, using the natural phenomenon - the snow melts into water, the water turns into a vapor, rises into the sky and turns into a cloud. Its subject is positive, but not preaching; it is easy to understand the meaning.’ However, how can the story become an animation? What should the director do? ‘I was a lead animator before, and had experience in designing the character. The task of the director was to co-ordinate the whole shooting and to guide the whole process. Based on getting familiar with the story, the director would choose, strengthen, diminish or recreate due to the artistic characteristics of the animation. A lot of work need to be done.’

Turning the text into the image is called continuity, which is the biggest job for the director. Continuity is the language for the director to tell the whole story, which reveals all his intention. Lin Wenxiao said, ‘one scene represents a shot; then the lead animator will illustrate the whole performance; after that comes the inking, painting and background synthesis; many character designs are directly related with the background; they should be consistent.’ Xue Hai Zi whose duration is just more than 20 minutes, took more than six months to finish, and it won the Ministry of Culture the 1980 Outstanding Film Award.
Some people say that Lin Wenxiao’s directorial style is like a snow boy, full of childish interests and graceful lyricism. ‘Jiazi Saves the Deer is another style of mine, delicate and elegant, not too much dialogue, just about poetry and music; the character's inner activity is also very calm and the facial dynamic expression is very neat and tidy.’

The picture is particularly important for the animation, including the style of color and character, the composition of the frame, the color processing and the light and skill of the camera. Jiazi Saves the Deer is a lyrical exploration; the art style is simple, elegant and quiet. The picture does not seek strong colors and special exaggerated images. The composition absorbs the layout of Dunhuang color painting and traditional Chinese painting. The prerecording music is applied. The composer pre-wrote the full-length music according to the director's continuity, and the lead animator designs the character movements based on the music already made. To grasp the whole rhythm in a very short time and at the same time to consider the overall style, it took a long time to dissolve to deal with the performance of space and time; there is no big ups and downs, the film runs in a slow and quiet rhythm, so that the audience are encouraged to look for the aesthetic experience in the margin.

From an animator to an animation director, working for more than 40 years, Lin has been involved in the creation of many animated films. Each has its own unique characteristics. As the first generation of animation workers in China, they are also learning ubiquitously while working. Sketched training, collecting material outside, experiencing life are all essential for the creation. The director's work is the re-creation of the script, while the lead animator re-creates after the director. Every time starting a new film, Lin Wenxiao challenges herself to have a new spark; because of this professionalism and attitude, so many classic animations come to us.

Lin Wenxiao graduated from Beijing Film Academy in 1953 majoring animation and then worked as a lead animator artist for the Shanghai Art Film Studio. She participated in Jiao Ao De Jiang Jun, Luo Bo Hui Lai Le, The Cowboy’s Flute, Havoc in Heaven, Cao Yuan Ying Xiong Xiao Jie Mei, Prince Nezha's Triumph Against Dragon King and other thirty films. In 1978, she began to work as a director and directed Hua Lang Yi Ye (with A Da), Xue Hai Zi, Shuai Xiang Lu, Monkey King Conquers the Demon (with Tewei, Yan Dingxian), Jiazi Saves the Deer (with Chang Guangxi), Hui Sheng, The Cold-Proof Coat, Bu Piao, Lu Nv (with Yan Dingxian), Shuke Beita (episode I to VI with Yan Dingxian). Among them, Xue Hai Zi won the Outstanding Film Award of the Ministry of Culture in 1980; Monkey King Conquers the Demon was awarded the Outstanding Fine Art Award of Radio, Film and Television Department in 1985, the Best Animation of the 6th China Golden Rooster Award, the First Shanghai Literature Art Award for outstanding film; Jiazi Saves the Deer won the Outstanding Film Award in 1986 by the Department of Radio Film and Television, the second Chinese children's film movie cow award, the Golden Elephant in 1987 in the 5th Kuppek International Children's Film Festival in India; Lu Nv won the 14th Golden Rooster Award for Best Animation. She is now a member of China Animation Association and member of International Animated Film Association (ASIFA). In addition, she also co-authored monograph Animation Technique and Foundation and Creation of the Animation Director. After retirement, she has been invited many times as an animation professional professor and postgraduate tutor of major well-known colleges and universities in China. 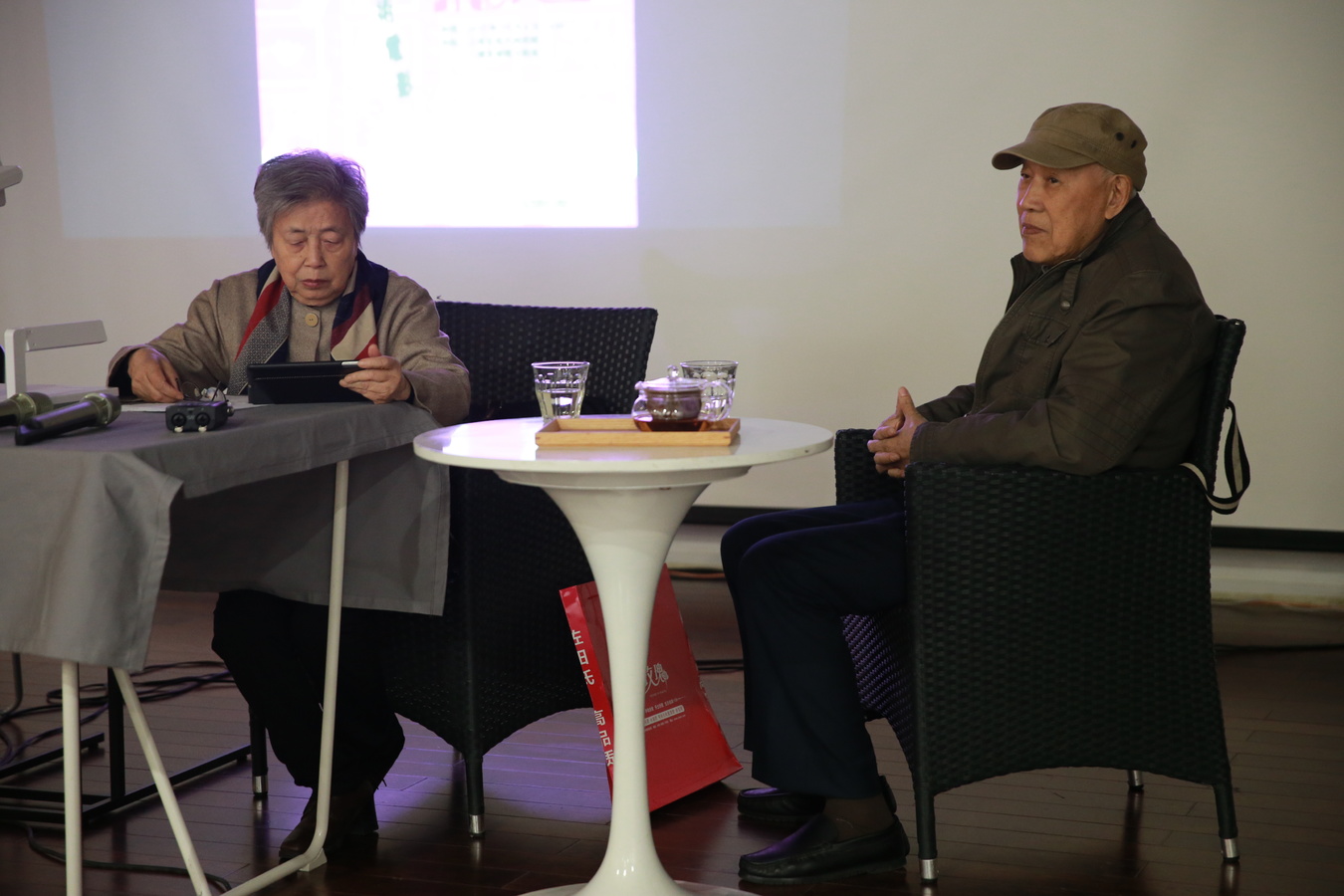 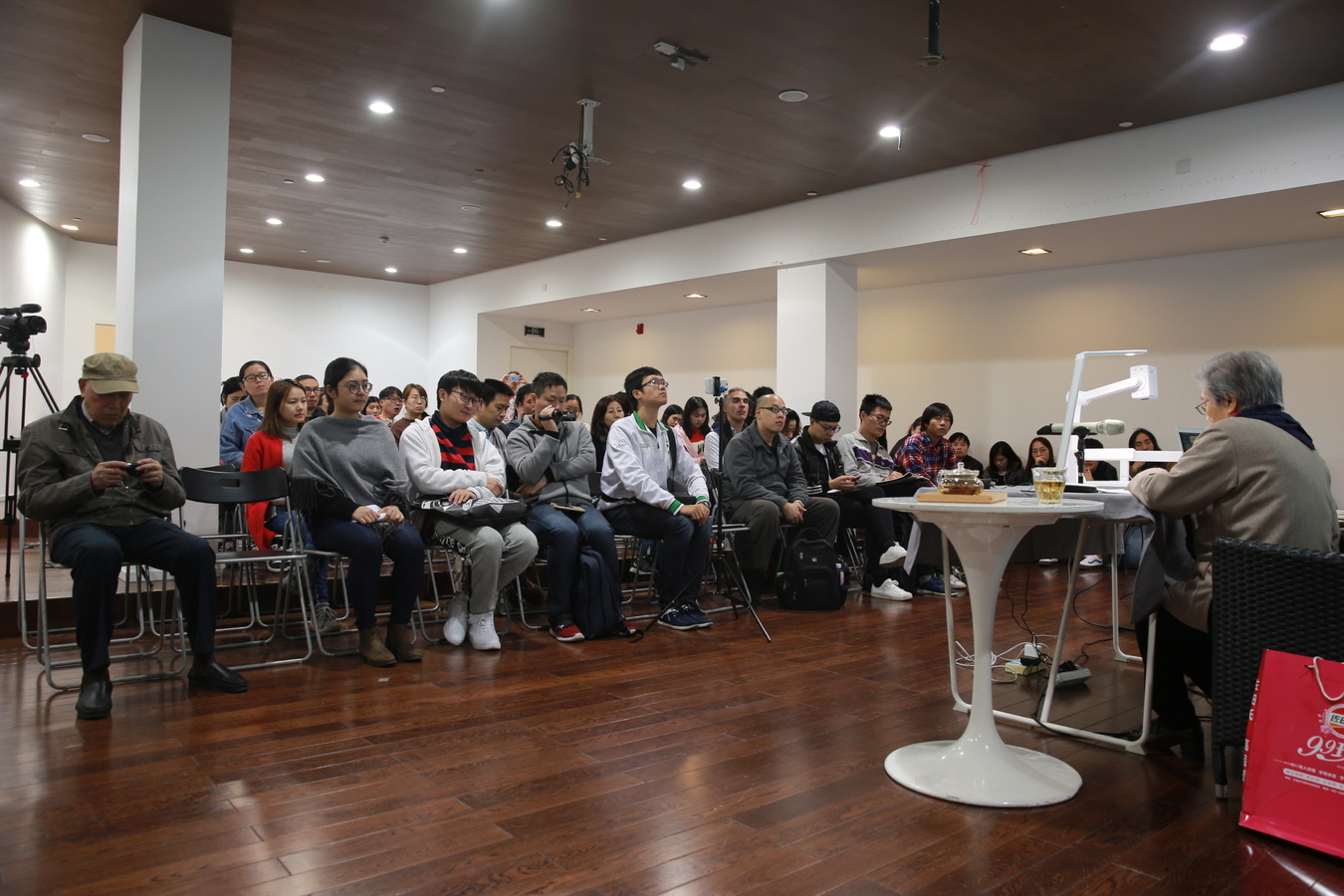 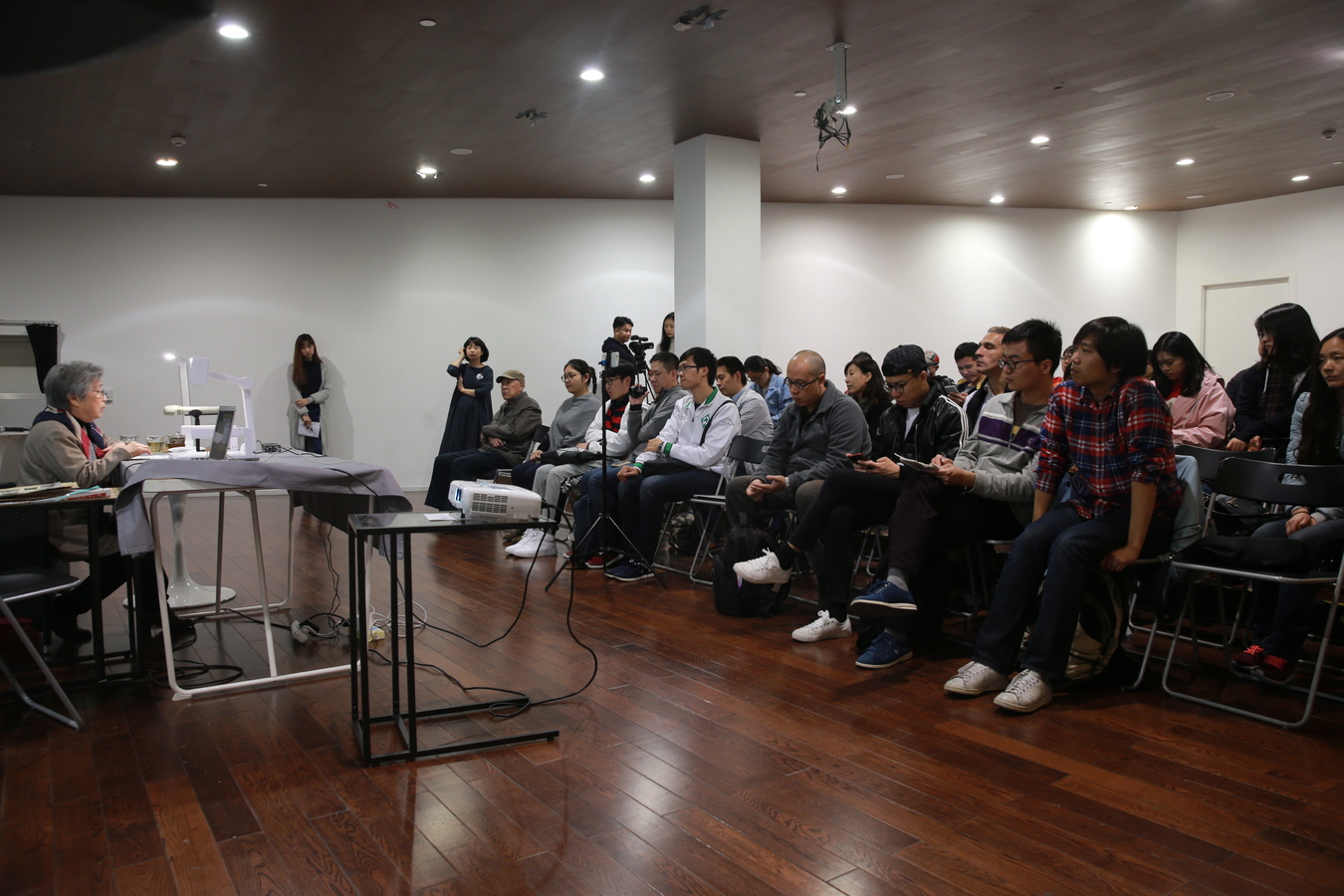 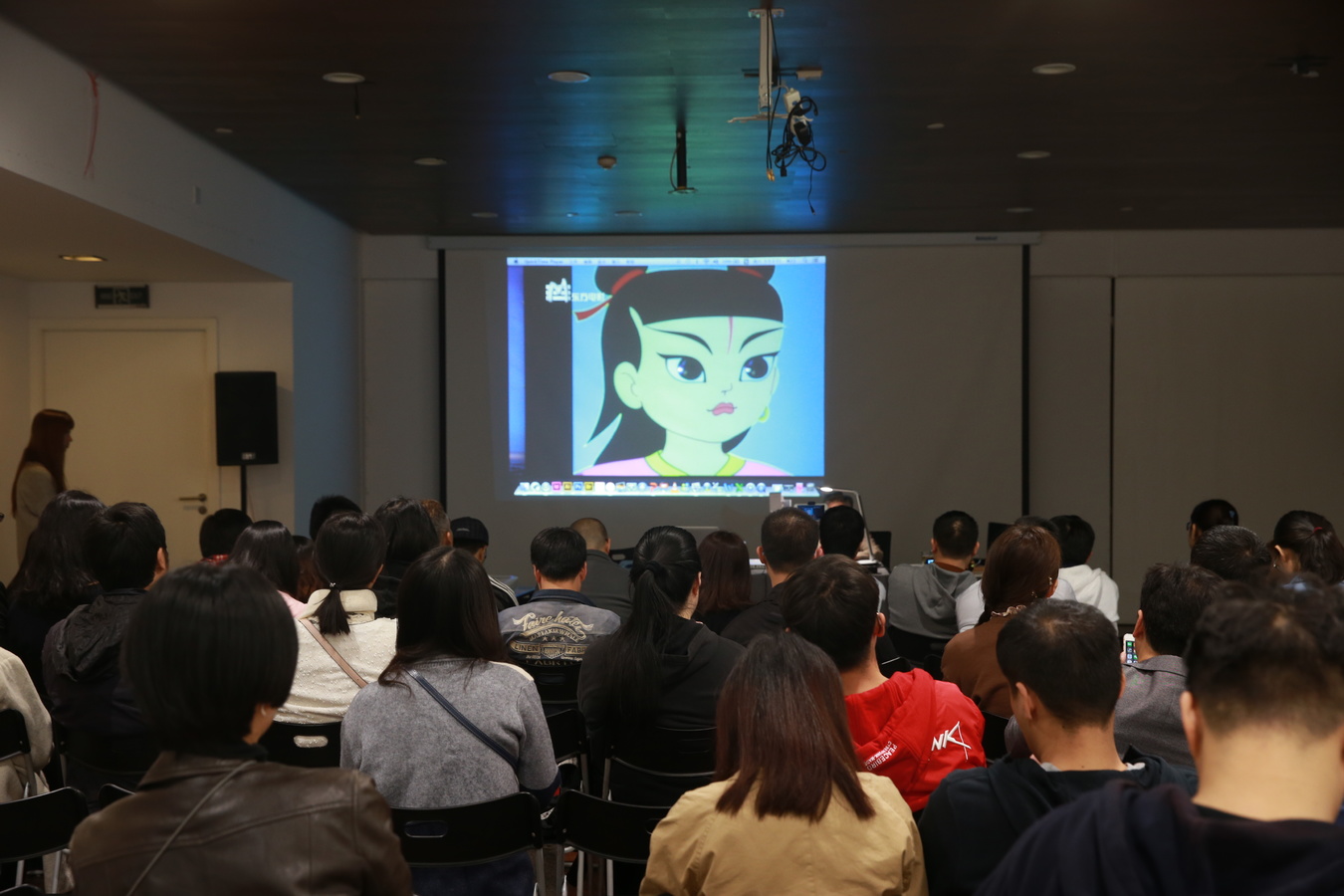